I think it might be safe to say that Ann Coulter — one of Donald Trump‘s first and most prominent surrogates — may be withdrawing her support[1] from the president.

In a column on her website called “Swamp People 47, Trump 0,” Coulter blamed President Trump‘s budget deal, calling it “a bill straight out of George Soros’ dream journal” and threw accusations at the President for abandoning a number of his most ardent campaign promises — first being his cornerstone proposal that really jump started his campaign.

“A spectacular failure,” as Coulter put it. “Democrats have got to be pinching themselves, thinking, am I dreaming this?” 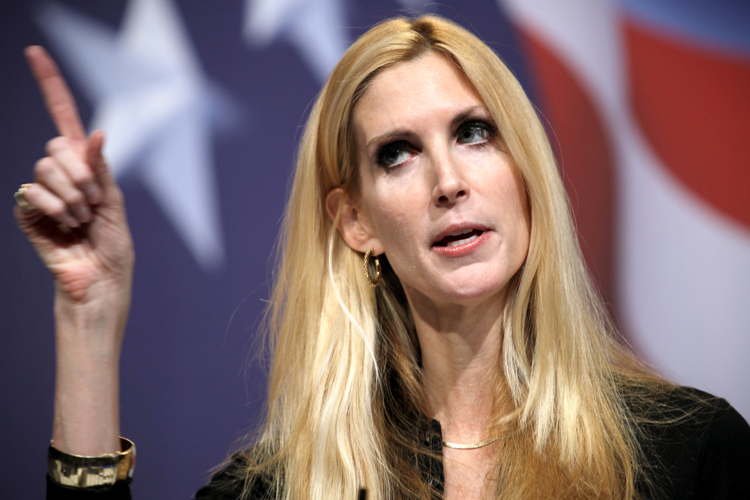 The conservative pundit also threw some punches at the budget’s growth in military spending and of course the most crazy one of all – the funding for Planned Parenthood.

Then she set her sights on President Trump himself, writing, “We want the ruthless businessman we were promised.”

“We knew Washington Republicans were useless. That’s why we elected such a comically improbable president as Donald J. Trump.”

It was back in the primary season of the election that Coulter spoke with lefty, Bill Maher, and explained that Trump had the best chance of winning the general election — a prediction which, of course, tested true. Coulter had been the one to speak enthusiastically about Trump’s planned immigration policies, including the wall. But now, she seems to have her sights on taking the President apart, piece by piece.

She may have even stated a truth that I believe we all can get behind:

“If this is the budget deal we get when Republicans control the House, the Senate and the presidency, there’s no point in ever voting for a Republican again.”

Once again, the Republicans have EVERY advantage to do the conservative things we all want them to do, but they are who they have always been. Charlatans, interested in their own power, over the will of the people.

In John Hawkins’ new book ‘101 Things All Young Adults Should Know’, he teaches in number 16, “Be nice until it’s time to not be nice.” Coulter is right. He has accomplished 1 of 10 things he promised within the first 100 days.

So, what do we now? Are we just supposed to roll over and not address it?