CNN Gets Surprise Visit From Conservative Groups There To Protest [VIDEO]

If you haven’t noticed, Conservative groups have been banning together to use the same protesting tactics that the left have used as a way to get their own voices heard. As many of you know, the right is not usually fond or supportive when it comes to protesting…or maybe they just don’t have a reason to protest EVERYTHING[1] under the sun they disagree with. But when it comes to the important things in life, they seem to always show up strong, for the most part. 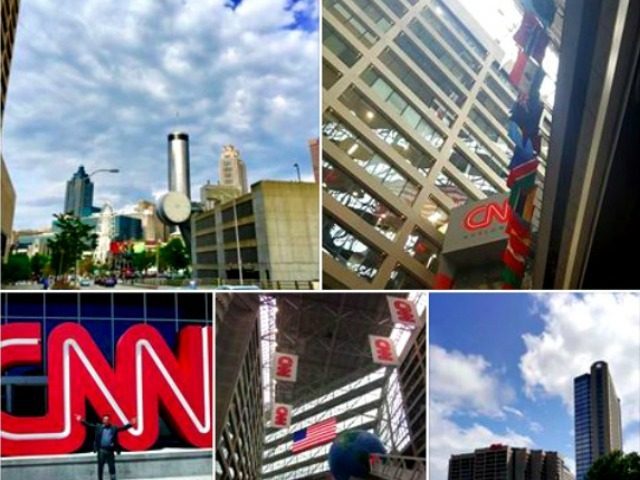 You can take a gander at the live stream coverage of conservative groups Media Equality Group and Main Street Patriots as they protest CNN at its headquarters in Atlanta, GA on Saturday at 12:30 p.m. eastern, all thanks to and made possible by Ground Floor Video.

The event brought out folks who banded together for the same causes and they sent out a press release to state why they were doing the protest in the first place…and it’s a lot more coherent than the garbage these lefty radicals state when you ask them questions during their protests. So many of them don’t even really know why they are protesting.

Brian Maloney, MEP co-founder and part of the protest happening, explained why these people were doing what they were doing:

“For too long, CNN has been allowed to warp, misrepresent and outright manufacture news events out of thin air. Real damage has been done to the targets of CNN’s misreporting, not to mention the country as a whole.”

“We are fired up to confront CNN’s blackmail, doxxing and #CollusionDelusion head-on,” added co-founder Melanie Morgan. “Our message to the network: No more lies, conspiracy theories, or punks with reporter pads!”

CNN is a bad joke with no credibility. If they can’t sense a backlash against them, they are either as dense as they come, or basically just don’t care about Americans.