Conservatives in Shock… The Friends of Abe in Hollywood Suddenly Dissolves

This shocks me a great deal[1] as I have conservative friends in Hollywood. The Friends of Abe suddenly announced they will begin to wind down immediately and dissolve. They have over 1,500 members and have been on the scene there for over a decade. What’s worse, I had to hear this from an overseas source. Our media hasn’t said a word about it. Word is that infighting over Donald Trump tore them apart. I believe that. Trump has more effectively destroyed the conservative movement than anyone I have seen in my lifetime. It’s tragic. 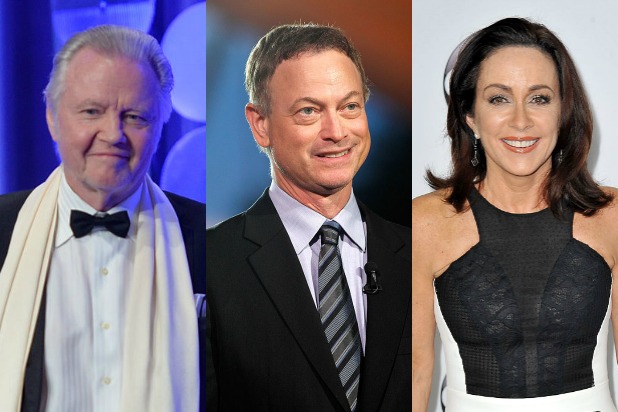 The Friends of Abe has acted as a clandestine club for Hollywood conservatives for more than a decade, hosting secret events where they could vent rightwing views and hear speeches from visiting Tea Party luminaries.

But on Thursday the organisation – which counts Jon Voight, Jerry Bruckheimer and Kelsey Grammer among its 1,500 members – made an abrupt announcement: it was dissolving.

“Effective immediately, we are going to begin to wind down the 501 c3 organization, bring the Sustaining Membership dues to an end, and do away with the costly infrastructure and the abespal.com website,” the executive director, Jeremy Boreing, told members in an email, a copy of which the Guardian has seen.

“Today, because we have been successful in creating a community that extends far beyond our events, people just don’t feel as much of a need to show up for every speaker or bar night, and fewer people pay the dues that help us maintain that large infrastructure.”

Instead of electrifying the organization, California’s June 7th primary, a final and potentially decisive showdown between Trump and his GOP rivals Ted Cruz and John Kasich, appeared to frazzle it. Trump hasn’t just torn them apart… he’s tearing apart families and the Republican Party as a whole. Lionel Chetwynd[3], a producer and screenwriter and co-founder of the FOA, recently spoke of the primary campaign causing a “civil war in slow motion”, which fractured friendships and shredded solidarity. This isn’t the end though… these people will continue the fight and I will too. Members expressed surprise and dismay at the weakening, and perhaps loss, of a refuge from what they see as Hollywood’s bullying liberal ethos. It was the one place where many of its members – actors, producers, writers and technicians – felt safe from liberal sneers and potential retribution. “As a conservative, if you expressed your political views at work you would be weeded out,” said Jack Marino, a film-maker. “At Abe events we could get together over dinner and hang out with our own kind and speak freely.” Another member, speaking on condition of anonymity, expressed bafflement and disappointment at the group’s winding down. The group, named after Abraham Lincoln, swore members to secrecy by adopting a line from the film Fight Club: the first rule of the Friends of Abe is you do not talk about the Friends of Abe. In addition to Trump and Cruz, the group hosted the likes of Antonin Scalia, Dick Cheney, John Boehner and Rush Limbaugh at venues around Los Angeles, including the Reagan library, the Luxe Hotel and the Bistro Garden. They also became a target of Obama through the IRS. They survived Obama, only to be taken out by Trump. Ironic.