I have tremendous respect for Mark Levin.[1] In fact, there are very few that I listen to out there these days. Among them are Mark Levin, Tammy Bruce and Glenn Beck. Levin is livid over Special Counsel Robert Mueller impaneling a grand jury over the Russia investigation. And if you listen to his reasoning here, you will see that not only is he right, he has a point. It doesn’t matter whether you like President Trump or not… this is a witch hunt and an attempted coup and it should outrage all Americans.

According to Levin, a Special Counsel should never have been impaneled because there was no crime present. It was a counterintelligence investigation. Now, subpoenas are being issued to the eight people that were in the meeting between Donald Trump, Jr. and that Russian attorney. They are looking to catch these people in a process crime. Not a crime committed during the meeting, but perjury if they don’t all get their facts straight. Think Al Capone and the IRS. It’s a trap meant to take down the Trump Presidency. 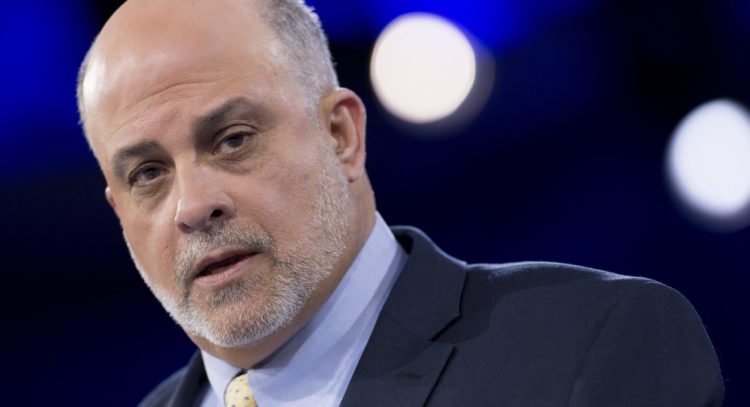 On his radio program Thursday, Mark Levin addressed the latest reports that Special Counsel Robert Mueller is impaneling a grand jury for the Russia investigation and the FBI thinks they have a compelling obstruction case against President Trump. The investigation, said Levin, is essentially a “coup” against the president.

Levin began by explaining that the process involving Mueller as special counsel “has been abused” from the get-go.

“In this case, there was no underlying criminal matter at all,” Levin said. “This was a counterintelligence investigation.”

Levin reiterated that a counterintelligence investigation is not a criminal one, which would mean that a special counsel was not necessary in this circumstance.

He went on to highlight reports stating that the grand jury was issuing subpoenas regarding Donald Trump Jr.’s meeting with a Russian lawyer in hopes of obtaining damaging information about Hillary Clinton. Levin pointed out that this means that even the subpoenas are being leaked.

Comey and other FBI officials are going to be brought in to testify against Trump. Levin thinks the leaks are at least partially coming from the FBI and Comey’s inner circle. These officials think they have a compelling case of obstruction against the President. “We’re leaking the investigators’ views of a potential criminal case in public to try and destroy the Presidency,” Levin said. “To try and build political support for … if the Democrats take the House to impeach the President.”

If we keep going down this path, it will not end well. If Trump is unfairly impeached, we will see a civil war in this country. Trump should never have allowed Mueller to come on board. He fell into a leftist trap and now there’s almost no way to stop it. Levin went on to read from a report that states that former FBI Director James Comey and Acting FBI Director Andrew McCabe and other top FBI officials are going to testify. Levin stated: “This is a coup.” He’s right and we are way past anything to do with just politics here.

“This is a coup that should upset every American, Trump supporter or not,” Levin said. The leaks from the FBI and others to the media could bring down this administration and I think Trump is listening to the wrong people. I hope this turns around or very bad things are on the way.