Rush Limbaugh WARNS Americans: ‘We Are on the Cusp of a Second Civil War’ [VIDEO]

I agree with Rush Limbaugh[1] on this and he is saying many of the things I have been writing on all week. Limbaugh says we are on the cusp of another civil war. The left, the communists, the radicals… are all uniting and trying to erase our history and our heritage all the way back to the Founding Fathers. They are casting the history and presence of America as indefensible. They want to do away with the Constitution.

The enemies within that Trevor Loudon[2] has long warned of, are on the verge of ripping this nation apart. These are communists when you come right down to it… from George Soros to the Democratic Party as it exists today. With new racial tensions flaring, they are taking full advantage to plunge us into chaos and a race war. Limbaugh warned that now, more than ever in his life, is “our culture, our history, our founding” under assault. These groups want to bring us down as a super power and as an honorable nation. This is a coup from within and many Republicans are unwittingly helping them. 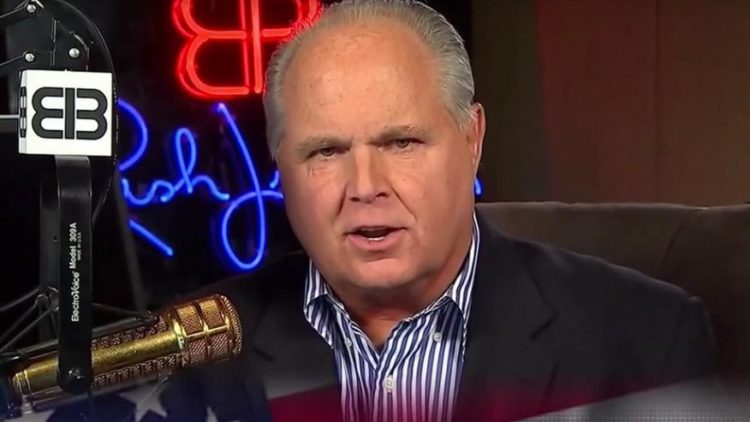 America is under attack from within. Our culture, our history, our founding are under the most direct assault I have seen in my life. And I’m sure it’s the same with you. We haven’t seen anything like this. You might even get away with saying that we are on the cusp of a second civil war. Some of you might say that we are already into it, that it has already begun. However you characterize it, though, we are under attack from within. And it’s being bought and paid for by people from outside America, in addition to inside.

It took very little prodding for most of President Trump’s councils to abandon him this week. Many groups are also turning on Trump and Republicans are distancing themselves from the President. All because of lies from the left stating that Trump is in league with white supremacists. None of that is true. These people have turned a Republican President who has only been in office seven months into a lame duck. They are blocking his entire agenda and we are letting it happen. This smacks of treason.

It doesn’t matter whether you like Trump or agree with everything he puts forth… if you let the left topple him or gain control of him, our nation will fall. Our Republic will come undone and we will submit to Marxists. The only thing that can undo that after it happens is revolution and the majority of the time one is conducted, something worse replaces the current ruler in place. There will be a lot of suffering and death as well. Limbaugh is correct when he accuses left-wing protesters in Charlottesville, as well as “Antifa” activists demonstrating in other flash-point events in places like Baltimore and Ferguson, MO, of having an agenda to “distort, erase, and impugn our history.” This isn’t about race or even Trump… it’s about destroying America.