At CPAC, I couldn’t help but notice that Sarah Palin was in phenomenal shape. She looked like she had spent the last six months doing nothing but jogging and Pilates. 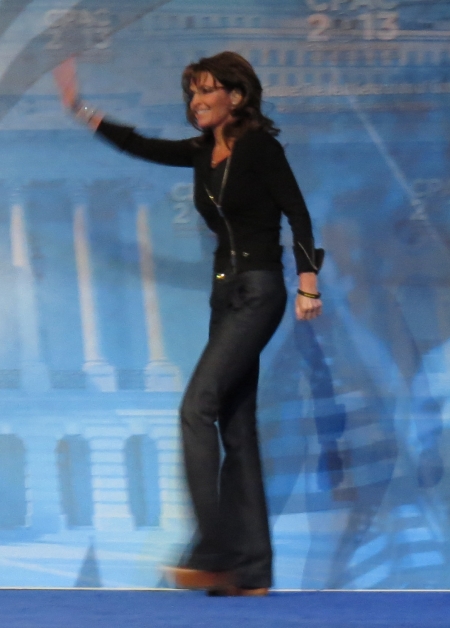 Well apparently, Sarah Palin does do something other than exercise in her spare time, because she took in a Phoenix Suns vs Minnesota Timberwolves game.

Palin watched the Phoenix Suns take on the Minnesota Timberwolves but instead of sporting the Suns’ purple and orange, she opted for a red T-shirt with the fast food chain’s logo.

….Palin first showed her support for Chick-fil-A last summer after it was embroiled in controversy over its company president’s support for traditional marriage: she posted a photo of herself and husband Todd standing at a Chick-fil-A counter holding their bags of food. 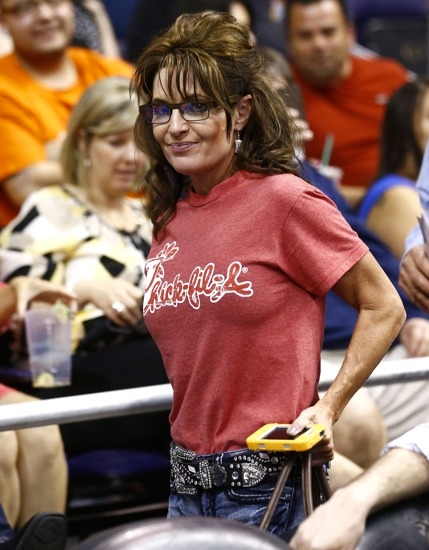 It’s great to see Sarah Palin publicly supporting Chick-Fil-A, but with that figure, she must not be eating it very often.