WATCH Conservative Use His Fists Do The Talking When Confronted By ANTIFA THUGS!

There are three things you never do in life. You never insult your grandmother, you never leave the toilet without flushing and you NEVER, EVER, EVER attack someone with shaving cream and glitter. That last one will get you punched by the person you’re assaulting and rightfully so.

He may be picking glitter out of his eyelashes for the next few years, but you’re going to end up looking like a jerk online and that is more painful than anything you managed to pull off. 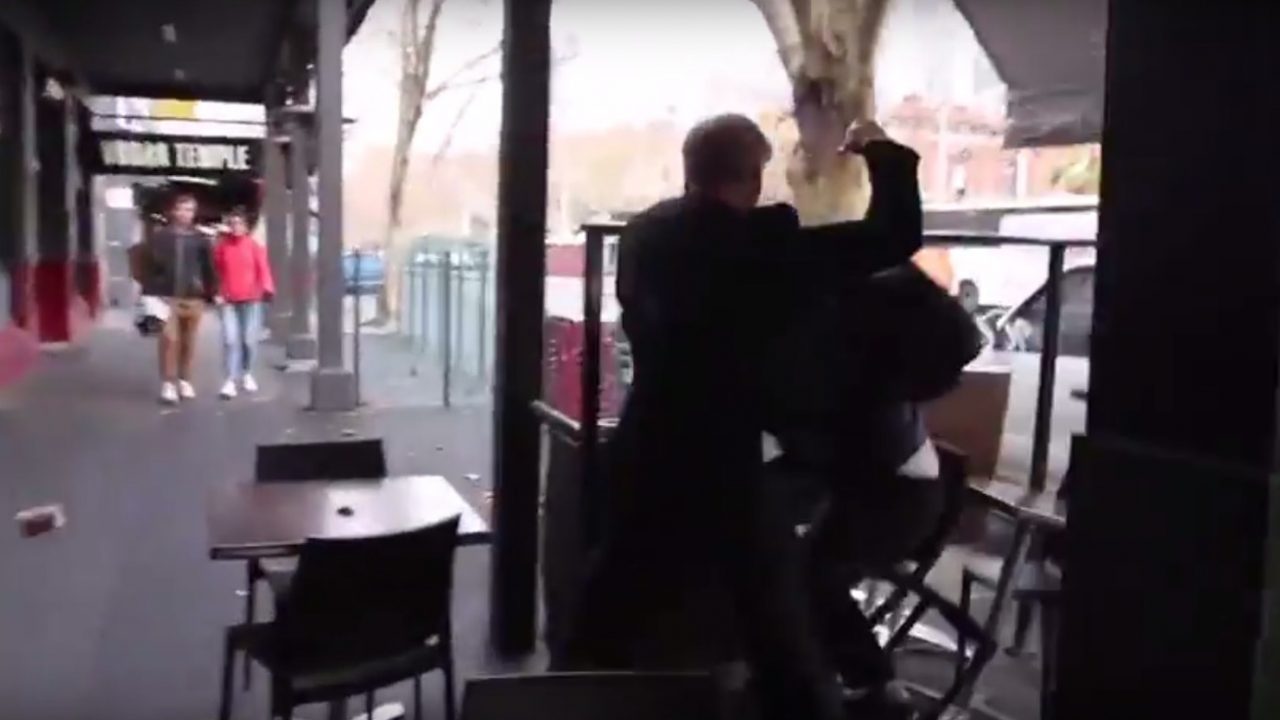 Australian conservative commentator Andrew Bolt was trying to mind his own business when a masked thug approached him and splashed him with a mixture of glitter and shaving cream. His response was purely physical.

First, he punched his attacker in the head several times until the Antifa loser’s pal had to jump in and push Bolt into a table.

Unfortunately for them, he wasn’t deterred by the surprise and kneed one of the morons in the groin before punching the other in the head. Afterward, the two ran away along with the cameraman who was taping the encounter for the group.

Australian Antifa claimed connection to the incident after posting on Facebook that “some of our family in solidarity were attacked by Andrew Bolt while they were protesting today,” despite the attack being initiated by the group.

Bolt explained the incident to the Morning Herald:

“I’m not a brawler. I had one bruised knuckle, and I don’t care a stuff about it. I had a suit ruined, and I want every cent of that paid back. And I want a hefty donation to a charity of my choice.”

That sounds reasonable to me!

Conservatives are under attack not only in America, but around the world as well. I’m glad to see Bolt stand up for himself and hopefully these sissies will think twice before assaulting any more of us.