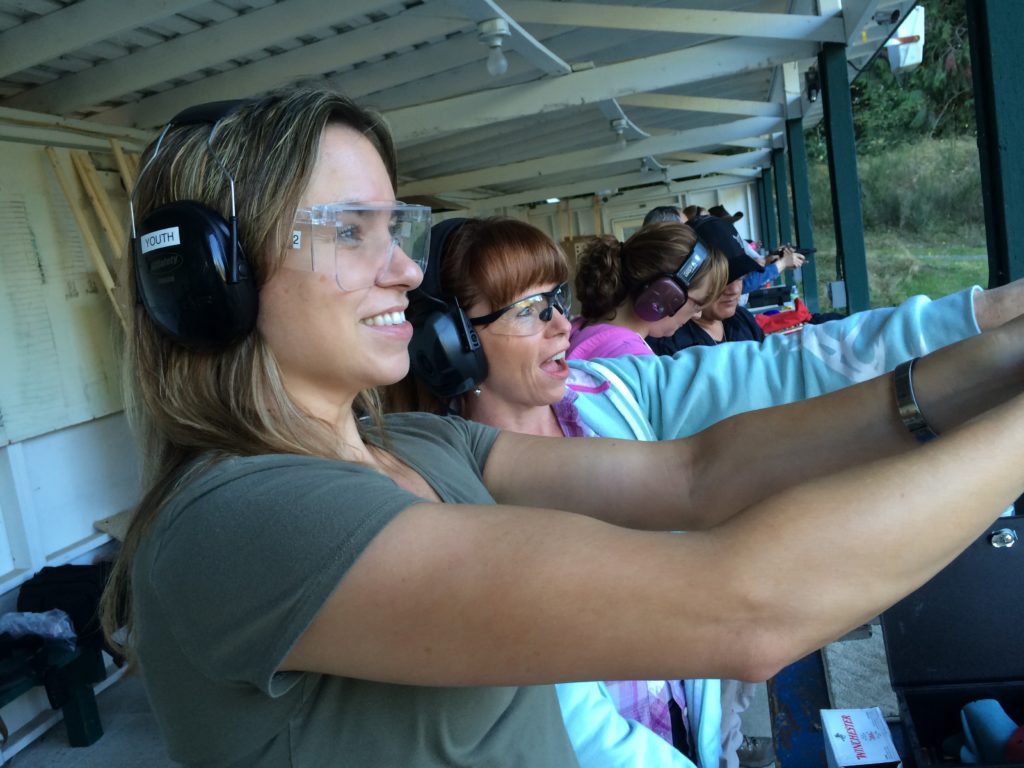 The author feels more comfortable shooting at the Kitsap Rifle and Revolver Club than anywhere else, due to its level of safety and expertise.

One sneaky new way gun-control activists are taking away gun rights is by forcing gun ranges to shut down. By using vague words like “unsafe,” “public nuisance,” and creating new regulations that are impossible to adhere to, they have figured out how to get rid of them. Without ranges available for training and shooting practice, and increasingly fewer places in the wilderness left to shoot openly, it will be more difficult for people to own guns.

This targeting is beginning to happenall over the country[2], and activists are following closely what is taking place to one of the first victims, the Kitsap Rifle and Revolver Club in Washington state. The club was ordered[3] by a judge to cease all shooting operations on Friday, claiming that KRRC was violating the law by not applying for a certain type ofnewly created operating permit[4]. However, the cleverly written new regulationshad been drafted by anti-Second Amendment bureaucrats for the sole purpose of shutting down KRRC. KRRC, which was established in 1926, argued that it was grandfathered in under previous regulations, so should not have to apply for the absurd new permit which gives full operational control to a County agency that has vowed and demonstrated its intent to destroy them.

There was no reason for the draconian new regulations. It had never been proven that a single bullet ever left the KRRC range, and the amount of lead present on the outdoor range is less than nearby outdoor law enforcement ranges. There were simply a handful of vague complaints.

KRRC was an easy target. The longtime local prosecutor, Democrat Russ Hauge, had a falling out with the club in the 1990s over an ego issue[5] resulting from his overly zealous prosecution of a man who had used a gun in self defense. In retaliation, the powerful Hauge went on a 15-year-long vendetta[6] against the club and its CEO. He successfully convinced other local government officials to start cracking down on the club through various regulations and lawsuits, putting the squeeze on it from every angle.

Not wealthy, KRRC CEO Marcus Carter handled his legal battles on his own, pro per, with some late assistance from attorney Bruce Danielson, who had unsuccessfully challenged the powerful Hauge for reelection. Carter successfully fought off most of the personal attacks, spending years in law libraries as the cases winded their way through the legal system and appeals.

Eventually, the outrageous waste of taxpayers’ dollars by Hauge began to bother the community, and Hauge lost reelection to Republican challenger Tina Robinson last fall. Robinsonran on a platform[7] that included stopping the abuses of power under Hauge.

Yet sixteen years later, nothing seems to have changed. Shamefully, despite Robinson’s election promises, she is continuing Hauge’s pattern of attacking KRRC.Judge Jay Roof[8] applauded Robinson for the fact her first act as Kitsap County Prosecutor was to shut down KRRC.

I grew up in Kitsap County, and sat in the audience during a debate Robinson had with Hauge last year. I heard her say she would stop the abuse that has occurred under Hauge’s tenure, a reference to the gun club harassment. I called her office last week to ask why she she deserted her campaign platform just a few months into office, and she didn’t bother to return my call. The Kitsap Sunobserved that voters who supported her based on stopping the abuses against KRRC are not going to be happy.

My father was a longtime prosecutor and judge in Kitsap County, and I am also a former prosecutor. Robinson had prosecutorial discretion not to enforce the operating permit against KRRC. She could have simply issued a statement stating she was not prosecuting the club because it was grandfathered in under the old regulations. Most likely, someone got to her and pressured her, using threats or promises. Sadly, after 12 years of practicing mostly government law, I am all too aware of how many elected politician-attorneys operate. There is a very unhealthy, cozy relationship between gun control activists and Kitsap County officials, who intend to waste millions more of taxpayers’ dollars to accomplish their agenda.

I was the editor of a gun magazine for two years, and I increasingly encountered gun ranges and other firearm businesses that relocated to more conservative states due to blue state regulations crowding them out. It would be unfortunate for those left behind in Washington State who have been longtime members of KRRC if the club is forced to relocate elsewhere. I enjoyed shooting at the range so much I exclusively shot there when in town. Carter is a very gifted range instructor, he let me and others shoot many of the firearms at his disposal anytime we wanted.

KRRC is appealing the decision to a higher court. But meanwhile, with no place to shoot, members will be forced to desert the club and go elsewhere. Contact Community Developmenthere[10] (Larry Keaton, Jeffrey Roe and David Lynam) and the County Commissioners here[11] to complain about the onerous new permit regulations. Contact Kitsap County Prosecutor Tina Robinsonhere[12] to ask her why she betrayed the voters who specifically elected her in order to stop the targeting. Visit GunSafety.org[13] to see how you can further help, and get updates from theKRRC Facebook page[14]. Finally, spread the word far and wide. If they are successful in taking down KRRC, they’ll turn their resources and use the tactics to come for your range – and guns – next.