That’s fantastic news[1]! Arizona has stood up on their hind legs, stiffened their spine and said enough is enough. As has Idaho, Alaska and Kansas. Montana and Florida will follow. Americans are sick to death of Obama and the Marxists trying to do away with our 2nd Amendment rights. This won’t stop Obama, but it will slow him down and put him on notice. You come for our guns, our ammo or anything to do with protecting ourselves and you’ve got a big fight on your hands. Americans won’t meekly submit to a totalitarian government and relinquish their rights so easily. The Constitution rules this country, not Barack Obama. 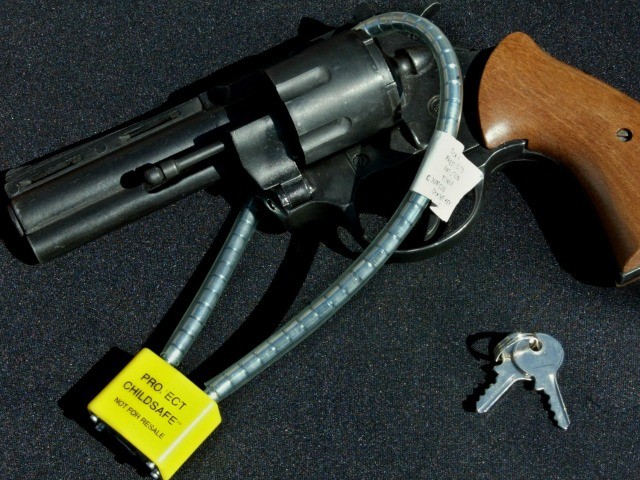 On Tuesday, the Second Amendment Protection Act won approval in the Arizona Senate and will progress to its final reading.

On February 7, Breitbart News reported[2] that SB1330 was put forth by senator Kelli Ward (R-Lake Havasu City). At that time, the Examiner quoted Ward[3] saying: “We’ve sat back and allowed the federal government to trample the constitution long enough. We’re going to pass this bill and stop the state of Arizona from helping the feds violate your rights.”

According to ShallNot.org[4], SB1330 bars the state of Arizona, or an agent of the state, from enforcing “or even assisting in the enforcement of” any new “federal act, law, order, rule or regulation” regarding “a personal firearm, firearm accessory, or ammunition within Arizona.”

In promoting the bill, Sen. Ward said, “We have to remember as legislators, it’s our job to check unconstitutional federal laws that come into our state.”

On March 24, 2014, Idaho Gov. Butch Otter (R) signed a similar bill[5] nullifying the enforcement of any new federal gun control laws in his state. Alaska and Kansas also passed nullification laws, and nullification legislation has recently been put forth in Montana and Florida.

This is the power of the states… to stop cold these fascist federal laws that try to subjugate Americans and collectively force them under the heel of the Progressive’s boot. Should a Progressive Marxist in one of these states even try to enforce any “federal act, law, order, rule or regulation” that tries to repress or eradicate our Second Amendment rights, they will find themselves under arrest and lock and key. This is the mark of legislators and politicians actually doing the job they were elected to do. Onward with nullification! Americans stand firm on the Constitution with their guns in hand.