A Year of Historic Elections

The year 2012 is rapidly becoming a year of historic elections.

Greece held one recently where no single Party won enough of the vote to form a government. In ensuing weeks no progress was made by the nation’s Parties while negotiating to form a coalition. This potentially could lead to a chaotic situation, not just for Greece. The eventual outcome might lead to that country’s exit from the Eurozone. The fragmentation or an unraveling of the 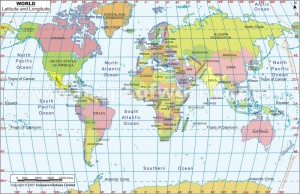 [1]Eurozone or the European Union would have enormous impact on Europe as well as a sagging global economy.

France elected a Socialist president who plans to reopen the spigot of government largess. What’s noteworthy about the French election is that Hollande’s victory was due in large part to a boost from Islamist voters. Having a presidential election within one of the European Union’s largest economic powers decided by voters whose cultural background includes centuries of antagonism and hostility towards Europe should be quite alarming to all of western civilization.

Now Egypt’s presidential election is apparently headed for a runoff between Mohammed Mursi, the Muslim Brotherhood’s candidate and former Prime Minister Ahmed Shafiq. The Egyptian election, declared by world leaders as an historic first, could well be a harbinger for the Middle East, Europe and the world

Egypt was the first Arab country to officially recognize Israel and sign a peace agreement in 1979. The Muslim Brotherhood has since called for an end to the Egypt-Israeli peace treaty. The strongly conservative Islamic movement wants Egypt to move away from secularism and be ruled by the Quran. That does not bode well for western civilization. If an Egyptian government dominated by the Muslim Brotherhood ends the Egypt-Israeli peace treaty, the front line of western civilization will be in enormous peril. Not only is Israel the only true democracy in the Middle East, it’s the sole nation in the region where religious tolerance is practiced.

In America, November’s election will also hold historical significance. Will voters in the United States re-elect an incumbent who sat silently by while a tyrannical, Quran ruled theocracy in Iran slaughtered it’s own citizens in cold blood for disputing election results? Will voters re-elect the candidate who openly supported the Arab Spring revolts that led directly to the ascension of the Muslim Brotherhood in Egypt? Will voters choose to retain someone who so lusts to bask in glory for “getting” Osama bin Laden that his administration granted access to highly restricted national security information to Hollywood producers to make a movie glorifying “his” achievement? A movie scheduled for release right before the election? Will the United States choose to keep those in power that leaked to Pakistan the name of the doctor who helped find bin Laden, resulting in his being sentenced to decades in prison by what’s at best a fair weather ally? Will voters elect to continue an administration that insists on calling the war on terror “an overseas contingency operation”? That continues calling terrorist attacks “man caused

[2]disasters”? That’s own Secretary of State officially refers to Osama bin Laden as a murder, instead of a terrorist?

The current White House occupant violated the Constitution by accepting the position of Chaimanship of the UN Security Council. He reduced NATO security by canceling missile defense shield installations in Europe, supported a pro-Chavez candidate in Honduras and violated the Law by engaging the United States military in overseas hostilities without the consent of Congress. He’s abandoned enforcing the security of American borders while transferred billions of taxpayer dollars to enemies of the United States through Foreign Aid. He’s snubbed Britain, one of America’s traditional allies repeatedly, and treated the duly elected Prime Minister of Israel the way a member of the KKK would treat a Negro.

Over the past century, especially post WWII, America has been leader of the free world. Having originated from and being comprised primarily of former European colonies, America is naturally the leader of the western world. By extension, that makes the President of the United States the leader of western civilization. Will U.S. voters re-elect someone whose own actions indicate open hostility towards western civilization, or elect someone who will defend the west?

History shows Americans will vote to defend the west. What “progressives” will choose is largely foretold by the actions already taken by their choice in 2008 for the Office of the Presidency.

The November 2012 U.S. elections will indeed be historic. Not just for Americans.