Talk about fascist governmental overreach[1]. Let me get this straight… if you deposit over 10k, the IRS can nail you. If you deposit under 10k, they can nail you – in general if the IRS targets you, you are screwed. For no reason, I might add. When you see the video, you find out that this dairy farmer wound up settling with the IRS for $32,000. Why? If he pays his taxes, I don’t see why he owed them anything. In fact, the IRS should have owed him for tying up his funds. I’m sure they accused him of hiding cash that can’t be taxed. That’s a subjective accusation. I’d really like to see that audit. The poor farmer probably settled just to get rid of them. But son, they will be back. 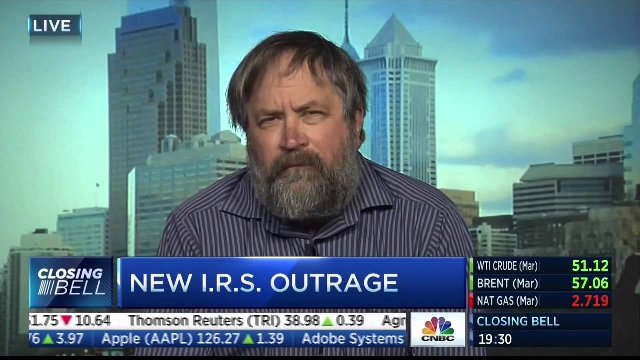 The IRS is drawing criticism for illegally seizing assets of small business owners without a full investigation.

A dairy farmer appeared on Closing Bell Friday to discuss his experience with the IRS. The treasury department notified the farmer that they had frozen his assets because he deposited less than $10,000 for the week, even though he had earned more from selling goods at a farmers market.

The IRS has no right to seize assets on a whim. The department wronged this farmer–but he is not the only one.

The scandal broke nationally when the IRS seized the entire business account of a Georgia gun shop owner in 2013. The account was worth almost $1 million. Similarly, the seizure was based on depositing amounts less than $10,000.

The scandal drew bipartisan anger from Congress. The law states that if the IRS has reasonable doubt that cash fund being deposited into bank accounts over or near $10,000, the agency is within its rights to investigate. Banks must report all cash deposits over $10,000. Many Congressmen, however, said the IRS blatantly violated the trust of the American people and failed to use common sense and decency.

House Ways and Means oversight subcommittee chairman Peter Roskam called the incidents an “abuse by the federal government against citizens.”

Can you imagine having your account seized like this? For most small businesses, it would be a killer blow. For an individual, it would be catastrophic. You evidently don’t own the money you slave for anymore and the IRS has so much power and sway, they can abuse and hunt down anyone they decide is a worthy target. In other words, anyone they can extort money out of. It’s the same premise as police departments seizing assets without charging people. It’s theft and it’s unconstitutional. Ted Cruz is soooo right – abolish the IRS.