Nebraska just went full stupid, has right to penalize for exercising a right

This just makes me fighting mad.[1] Evidently calling Barack Obama a communist (which he is) in the Cornhusker State could cost you dearly and it’s all legal. Robert Bennie Jr., a Tea Party leader, did just that six years ago and has been involved in the courts ever since.

Regulators harassed his employer and Bennie himself for his political views. Eventually, the successful financial adviser was fired over it. The Nebraska Department of Banking and Finance simply hounded his employer until they caved and canned him. A US appeals court agreed with a lower court that these regulators did target Bennie and his employer for his political opinion and that it was wrong. However, they also ruled that the agency’s harassing activities did not rise to a First Amendment violation — to “deter someone of ordinary firmness from continuing to speak.” Say what? So, you are telling me that getting fired does not deter someone from continuing to speak. I think Bennie would disagree, as do I and almost every constitutionalist out there. 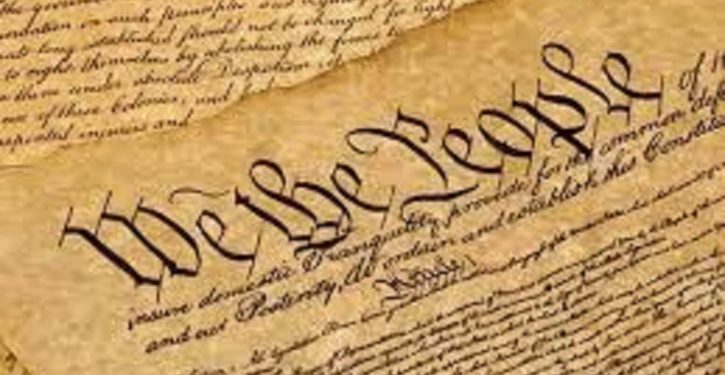 From The American Spectator[3]:

Call President Barack Obama[4] a communist in Nebraska and you could pay a hefty price.

Just ask Robert Bennie Jr.[5], a successful financial adviser and former leader of the tea party in the state capital of Lincoln.

Bennie and the employer that eventually fired him were hounded and harassed by the Nebraska Department of Banking and Finance[6] for months, in large part due to Bennie’s political views, according to his attorneys.

And while a U.S. appeals court agreed with a lower court[7] that the regulators “targeted Bennie partly in retaliation for his constitutionally protected political speech,” the agency’s harassing activities did not rise to a First Amendment violation — to “deter someone of ordinary firmness from continuing to speak.”

After an arduous and costly six-year legal fight, Bennie, assisted by his attorneys at the nonprofit, public interest Pacific Legal Foundation,[8] is taking his case to the U.S. Supreme Court.[9]

“Our First Amendment rights can be cancelled out if government can punish people for exercising those rights,” said PLF attorney Wen Fa. “That is what happened to Bob Bennie — he was the victim of a vendetta campaign by bureaucrats because they were offended by his political views.”

What the hell is wrong with Nebraska? This case will now go to the Supreme Court. The Pacific Legal Foundation is representing Bennie in this fight and I wish them luck. The courts are basically requiring Bennie to prove that the harassment, which the courts themselves have said is unconstitutional, placed an undue burden on his free speech. Define ‘undue’. This is just insane.

These actions and harassment were meant to silence free political speech. If allowed to stand as precedent, this ruling could have a very chilling effect on political free speech across the nation. Bennie called Obama a “communist” and said the president is “dishonest” and an “evil man.” All of that is true and he should have the right to say it without fear of harassment and persecution.

Bennie’s legal battles with the state have cost him hundreds of thousands of dollars. But the case is bigger than one man. “This case is important for millions of Americans around the country. Many people in their private time talk about politics,” Fa, the attorney on the case, said. “The Constitution is there to encourage those political views, to facilitate individual liberty and public discourse. The Constitution prohibits government officials from retaliating against you because of your political views.” That is spot on and this case is worth fighting for all the way.