This is brazenly unconstitutional[1], utilizing the flimsiest of justifications to strip this man of his right to bear arms… his driving history. A lower court AND an appeal’s court both found it would not be in the public interest to allow this man to own guns. New Jersey has gone full fascist. This is just unbelievable. I might remind everyone out there, that Trump’s golden boy, Chris Christie, leads that state. If I were this guy, I would get with the NRA and go all the way to the Supreme Court with this one. The guy’s a crappy driver and whether he should even have a license is debatable… but what does that have to do with owning a gun? Nothing at all. 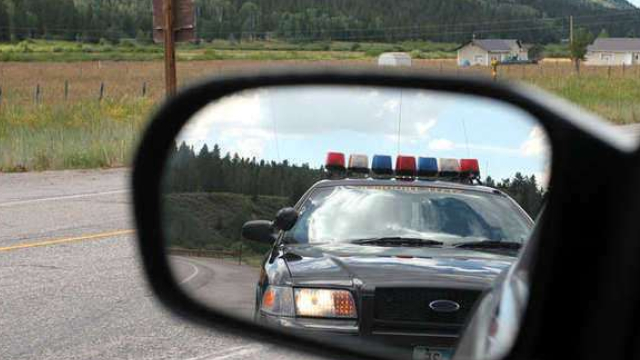 A New Jersey appeals court on Thursday upheld a lower court’s ruling denying a Middlesex County man a license to carry a gun due to his history of moving violations.

Rahman Keith Idlett applied for a permit in 2015 and was turned down by Perth Amboy’s chief of police over his driving record which included sixteen speeding tickets, two careless driving citations, three for either obstructing the passage of other vehicles or delaying traffic, a ticket for failure to observe a traffic control device, two accidents, four citations for either unsafe or improper operation, four citations for driving while his license was suspended, two tickets for driving without a license, two failures to appear in court, two failures to pay an insurance surcharge and a citation for displaying fictitious plates.

Granted, it was all over a 15 year period, but it was still enough for Middlesex County Judge Joseph Rea to conclude last year when Idlett challenged the police chief’s refusal that his was “was one of the worst driving records I think I have ever seen” and that, while driving and carrying a gun are not the same thing by far, Rea noted that “having a driving record this atrocious consistently, over a long period of time, says a lot about a person and their respect for the law and their ability to comport themselves appropriately within legal boundaries.”

The two-judge panel of Judges Sabtino and Accurso affirmed Rea’s decision, citing the issuance of the permit would be contrary to the public interest.

The appellate court upheld Rea’s decision not to issue Idlett a carry permit, stating that it’s been noted elsewhere in the decision that “the statutory design is to prevent firearms from coming into the hands of persons likely to pose a danger to the public.” Driving and gun ownership have nothing to do with one another. And this bit of lunacy will set precedent. This is the equivalent of having to pass public inspection before being allowed your constitutional rights. It’s obscene. This isn’t a constitutional Republic anymore… it’s a banana Republic. This is seriously messed up.