Any way you slice this[1], if Obama finds a way to pull it off, it will be violent and bloody. Obama is shooting to implement a global gun registry. That means if you own guns and are forced to register them, you will go on a list. A list that can be used by blue-helmeted UN troops that could go door to door in the US seizing guns. There are millions of ex-military, Oath Keepers and American citizens in the US that own guns – most will not comply or submit meekly to this. Obama does not constitutionally have the right to try and implement such a fascist scheme – he has not gone through Congress with this. The registry would be made available to foreign governments. Forty-four Democrat Senators support this communist move towards global control. It must not be allowed to happen. Obama is in Mexico City today meeting on this unratified treaty. Why do you think Obama has been trying to nationalize local police forces? This is a big part of that. 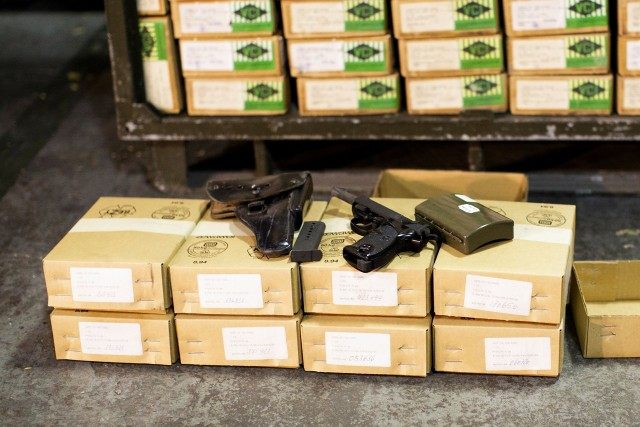 On August 24 officials from the Obama administration will be attending the UN Arms Trade Treaty (ATT) conference in Mexico City.

The ATT was signed by Secretary of State John Kerry on September 25, 2013 but never ratified by the US Senate. Nevertheless, Gun Owners of America reports that Obama officials will be in Mexico City for the conference.

Breitbart News previously reported[3] that the ATT is an international gun control treaty designed to be implemented apart from, or in spite of, the general framework of governance for countries that are signatories to it.

ATT was pushed under the guise of stopping “small arms [and] light weapons” from crossing borders. And when it was being discussed in 2013, Breitbart News warned that firearm registration[4] must proceed from the ATT if it is to be enforceable. After all, how can agents tasked with enforcing this treaty ascertain the origin of smuggled weapons without a comprehensive registration on file?

Moreover, the NRA pointed[5] out that the treaty all but calls for a registry from the start inasmuch as it requires “importing countries to provide information to an exporting country regarding arms transfers, including ‘end use or end user documentation’ for a ‘minimum of ten years.’” This information on “end users” is not only a de-factointernational gun registry but one that could be “made available to foreign governments.”

Because of all these troubling aspects of ATT, Gun Owners of America (GOA) warns[6] that the Mexico City conference is part of a plan “to bring back the framework for a global gun control regime.” GOA encourages every gun owner to call his or her US Senator and ask that they stand strong against any international gun control recommendations or regulations that the Obama administration pushes after the August 24 ATT conference.

The UN Small Arms Conference is the “first step” towards implementing the UN Small Arms Treaty. It has not been ratified by our Senate. It requires that nations who sign on the dotted line, “establish and maintain a national control system, including a national control list.” That folks, is global gun registration and the wet dream of tyrants everywhere. Massive repression and genocide follows gun registration and confiscation – we’ve seen it time and again. Look at Rwanda and Cambodia, just to name two. Imagine a global gun registry used by dictators around the world, who then have control of a global UN military force and you see where this will lead. All of our names will be on that registry and they will know exactly where to find us. It there was ever a time to fight for your Second Amendment rights, this is it. Our Senators must vote ‘No’ on this evil agreement. For more information, please visit www.gunowners.org[8].