Colleges across the nation celebrated Constitution Day on September 17th. Penn State, however, decided to enforce their ridiculously restrictive “free speech policy” and threatened to bring in the authorities if the Young Americans for Freedom failed to remove their table where they were handing out Constitutions[1]. 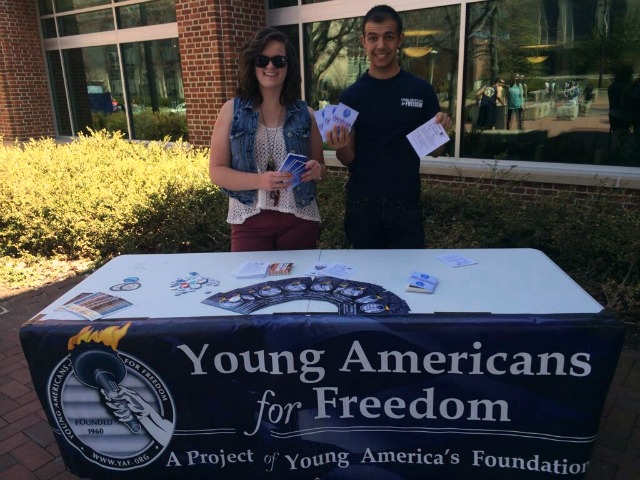 The YAF students were handing out US Constitutions on Constitution Day. They also were informing students of the ridiculous speech code policies on campus until campus officials asked them to remove their table.

The campus officials told the students they would call the police if the table was not removed outside of the Hetzel Union Building (HUB).

There are times where the “policy” should be reviewed and revised to reflect social evolution. Penn State should seriously reconsider their “free speech zones” and the hoops they make students jump through in order to have their voices heard.