One of the things I most admire about Ted Cruz[1] is he always takes the High Road. He’s diplomatic and classy in his demeanor. He doesn’t disparage others and focuses on the facts at hand. He’s quick to compliment and slow to anger. I’m not a big fan of Donald Trump. He strikes me as a Progressive on the right. However, he’s mostly right when it comes to illegal immigration and our borders. NBC was just stupid when they fired the Donald and so was Mexico for pulling out of his beauty pageant. I understand Trump just slapped NBC with a $500 million law suit. Good times. You want to play political correctness with the Donald, you’d better be willing to put your money where your mouth is. 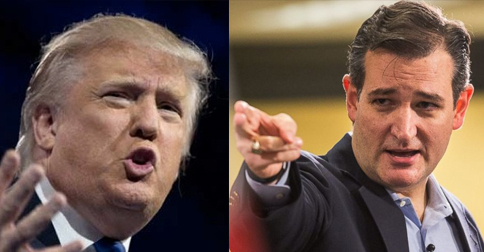 Texas Senator Ted Cruz showed something one rarely sees in the competitive arena of presidential politics: a strong defense of a competitor who is under attack.

The billionaire caught heat over remarks made about immigrants, specifically his line: “They’re bringing drugs, they’re bringing crime, they’re rapists, and some I assume are good people, but I speak to border guards, and they tell us what we are getting.”

As a result, NBC said they would not longer be airing Miss USA and Miss Universe pageants, both contests are co-owned by Trump. In response, Trump issued his own statement: “NBC is weak, and like everybody else trying to be politically correct– that is why our country is in serious trouble.” He plans to sue NBC for breach of contract.

Cruz said NBC “is engaging in political correctness that is silly and that is wrong.”

“I don’t think you should apologize for speaking out against the problem that is illegal immigration. I recognize that the PC world of the mainstream media, they don’t want to admit it, but the American people are fed up,” he said. “Donald Trump is exactly right to highlight the need” to crack down on illegal immigration.

Cruz applauded Trump for “focusing on an issue that needs to be focused on.”

You rarely see a political rival have your back in politics. But Cruz knew his opponent was dead right on the issue, and showed tremendous class and integrity with his defense.

I’ve seen Cruz be complimentary to most of his opponents. It’s a pity the same is not reciprocated usually. Ted Cruz is a true statesman. He conducts himself the way a politician should… with grace, aplomb and dignity. He’s a rare find these days and I wholeheartedly endorse the man for president. Not only has he argued nine times in front of the Supreme Court, the Left is terrified of him. That should tell you all you need to know. Cruz is right… Donald Trump should not have to apologize for his opinion and for confronting a legitimate problem. Ted Cruz is just the kind of president we need – a throwback to the days of Reagan. People are fed up and they need a leader like Cruz to start healing the nation and undoing the damage foisted on them by the Marxists.