Some call it a Constitutional Convention[1], others call it a Convention of the States. It is an idea that I at first did not support as I saw it as a dangerous move. I no longer feel that way and am predisposed to seeing it occur and soon. It is a move of last resort to curtail massive government overreach and to limit federal power. Texas has just moved closer to seriously addressing the matter and joining the list of states calling for the convention. Texas is debating adding nine amendments to the Constitution. It is called the “Texas Plan.”

The plan for restoring the rule of law looks like this:

I. Prohibit Congress from regulating activity that occurs wholly within one
State.

V. Allow a two-thirds majority of the States to override a U.S. Supreme
Court decision.

VII. Restore the balance of power between the federal and state governments
by limiting the former to the powers expressly delegated to it in the
Constitution.

VIII. Give state officials the power to sue in federal court when federal officials
overstep their bounds.

IX. Allow a two-thirds majority of the States to override a federal law or regulation.

These are sound ideas[2] for amendments to the Constitution. Texas is right on target here. 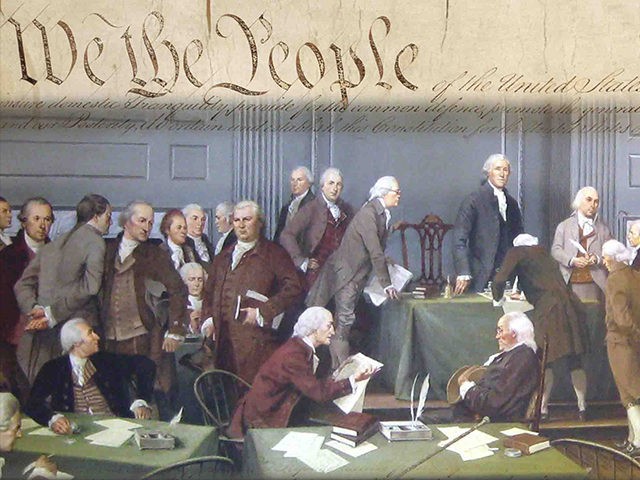 Some conservatives have suggested for some time that the United States Constitution needs amendments to address some of the problems the nation is facing. Now, the state of Texas has begun moving closer to beginning the process of debating the matter, The New American[4] reported.

A series of bills is being considered by the Texas legislature, and if passed the bills would effectively call for a constitutional convention[5] to debate adding nine amendments to the Constitution — the so-called “Texas Plan.”

It is unclear if these bills will pass, but if they do, Texas could be one step closer to fulfilling the dream of many conservatives — a modern-day constitutional convention.

The proposed amendments, posted on Texas.gov[6], deal primarily with regulations and Supreme Court decisions, as well as giving more power to Congress.

One such amendment would “(r)equire Congress to balance its budget,” which would finally bring some fiscal responsibility to our nation’s capitol.

“Allow a two-thirds majority of the States to override a U.S. Supreme Court decision,” is another proposed amendment, which could potential prevent the Supreme Court from overstepping their bounds — though it would also require two-thirds of Congress to oppose them, a feat that seems unlikely in this partisan climate.

A Constitutional Convention[7] is needed to restore balance to the Republic. It must be called by two-thirds of the states, 34 of them currently. As Mark Levin has pointed out[8], it is very difficult to fight against a government that uses the law to destroy the law.

Texas’ Governor Abbott is a huge supporter of a Constitutional Convention. Our government has morphed into a monster and the power should instead reside with the states respectfully. “Our government was founded on the rule of law rather the caprice of man. That rule of law flows from our Constitution. That Constitutional foundation is now so often ignored that the Founders would hardly recognize it. Until we fix that foundation by restoring the rule of law all the repairs we seek through the policies you propose will never lead to lasting solutions.”

All of this is spot on. My only caveat here is even if we amend the Constitution, what will make our leaders follow it even then? They don’t now. Which is why DC needs an enema. Considering the mess we find ourselves in, I now support a Constitutional Convention AND draining the swamp. We will need both to restore our Republic as the Founding Fathers intended. I’ll leave you with the words of Mark Levin – a constitutional scholar and a man I greatly admire:

“We revere the Constitution. We don’t revere what they’ve done to it,” Levin said. “The problem is, tyranny is easy. Liberty is hard. Once liberty is lost, it’s very difficult to get it back, particularly when it’s taken from within by a government – a government that’s supposed to be a republic.” 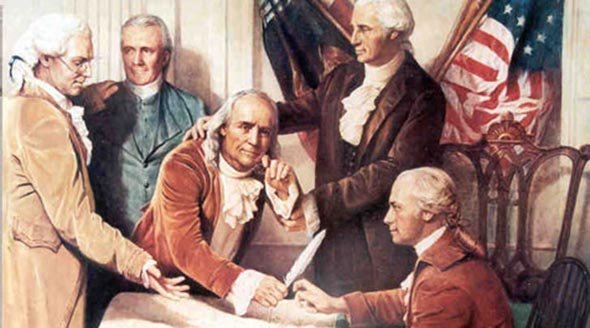