This is just dumb.[1] There is no outrage out there over red Starbucks cups among Christians, or among anyone else for that matter. My husband, Garry Hamilton, had this to say – no one says it better, I might add[2]:

Some random person mentions in passing that they liked the Xmas cups better when they had Xmas themed stuff on them. Seeing an opportunity for attack-by-ridicule, someone hearing this applies hyperbole and generalizes it to “lots” and “many” and “OMG Bible thumpers!” This prepares the ground for a nice strawman meme of “your opinion about cups is invalid because you don’t adopt orphans.”

Yeah, I preferred the snow-flaky designs and other Xmas themes, but it’s been a very long time since I thumped a bible.

And whether or not the KJV is my percussion instrument of choice, I’m very not into disparaging the various flavors of faith. Except the ones that offer me a convert-or-die option. I be like all disparagementy on that crap.

Meanwhile, it’s been several hours since I offered the “Mormon outrage” angle, about Mormons being offended that anyone actually DRINKS COFFEE!! So we can toss that one in there, too.

What we have, if you’ll pardon the expression, is a wholly invented storm-in-a-teacup thing. Only with coffee.

So, take a few good-natured red cup digs at the religious fools and their obvious lack of intellect.

But let’s not pretend that any of that matters, or that it’s an actual thing.

My beef with Starbucks is that they don’t offer new O-rings for the screw-on lids of those ten-year-old travel mugs I still have. I live in dread of the day when my favorite hot beverage sippy cup begins to dribble hot beverage down my front as its O-ring finally gives out.

That about sums up the stupidity over this faux outrage put forth by one guy, which is being used by Leftists to make Christians look like morons. It’s lame and untrue by the way. Starbucks rolls out a number of different cups for the holidays and none of them ever promote Christianity in the first place. This is a controversy ginned up over nothing by a few people with nothing better to do. I understand the original guy putting this forth has taken down his video. I’ve never seen so much made out of nothing. 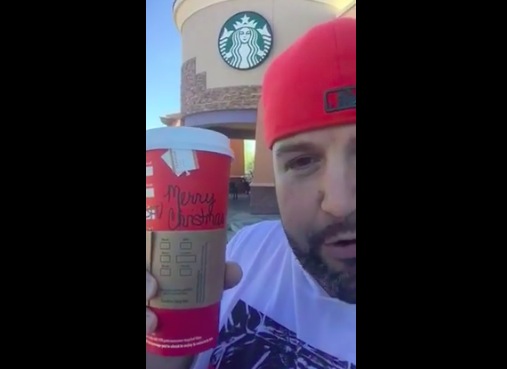 By now you’ve heard about the alleged “controversy” surrounding the holiday cup design at Starbucks[5]. If you haven’t heard, you already know from that first sentence that whatever the “controversy” is about, it’s incredibly stupid. I can’t see how a justifiable outrage could be sparked by the beverage containers at a mass market coffee chain. If I were to hit the street one day in a desperate search for something to be offended by, I don’t think, even at my most creative and observant, I’d consider getting upset over the cups at Starbucks. But that’s just me. Actually, it isn’t just me, and that’s my point.

Let’s back up for a minute and review. See, Starbucks unveils their anticipated “holiday cups” every year in early November. In previous years, the festive cups have been adorned with sacred Christian symbols like snowflakes and polar bears. As far as I’m aware, they’ve never featured pictures of the baby Jesus sipping a grande mocha frappe, and that’s probably for the best.

This year, however, the throngs eagerly waited in line to catch a glimpse of the holy Starbucks chalice, only to be disappointed to find that the new holiday design is just a simple red cup. No snowflakes. No pine trees. No polar bears. It was, supposedly, quite devastating to many in the church. I haven’t actually met any of the devastated Christians, but the media tells me they’re out there.

Indeed, we know at least one attention-hungry Christian pretended to be furious about the whole thing. Joshua Feuerstein, who is a pastor or something I think, tried to start a viral campaign encouraging Christians to go to Starbucks and identify themselves as “Merry Christmas.” This would trick Starbucks into writing “Merry Christmas” on the cup, thereby accomplishing the goal of … something?

This Feuerstein character has been making the rounds[6] on the mainstream media, embarrassing himself and all Christians by ranting that the Starbucks cup issue is a “parable” (whatever that means). He, according to him, is taking a stand against a company that “hates Jesus.” He’s a hero, you see. Because of cups.

But something has happened. Without our permission, Feuerstein is now an unelected representative for all of Christendom. Liberal outlets have been tripping over themselves to mock the “Christians” who, in their words, are “really angry[7]” and “panicking[8]” and “freaking out[9]” and “seeing red[10]” and making “martyrs[11]” of themselves because of the lack of snowflakes on a paper cup. Yet in all of these articles, virtually the only Christian cited is Feuerstein. From what I’ve seen, it’s him and like three other guys. Together, they account for a worldwide “Christian panic.”

A New York Post piece[12] declares in the headline that a “Christian group” is slamming Starbucks over the cup. But no Christian group is actually mentioned in the text of the article. It’s just Feuerstein. One guy, according to the liberal media, is a group.

In fairness, I have seen a few conservative blogs hop on the outrage bandwagon and laud[13] Feuerstein for his “GENIUS” and “BRILLIANT” demonstration against the Scrooges at Starbucks, but these are mostly just clickbait websites that indiscriminately spill meaningless collections of buzzwords into cyberspace. They hardly represent conservative Christian thought, or any thought in general.

Speaking of lacking thought, Donald Trump said we should boycott[14] Starbucks and promised that when he’s president “we’re all going to be saying Merry Christmas.” Apparently he plans to make the holiday greeting mandatory by federal law. But this is Donald Trump we’re talking about. Again, hardly representative of anyone or anything.

Is there an actual, substantive backlash over Starbucks cups, or is this something invented by anti-Christian bloggers and cable news personalities, aided by the work of one or two convenient patsies, and designed to make all Christians look weak and ridiculous? I think it’s likely a little of the first and a lot of the second.

For the record, it’s not even true that Starbucks has removed all mention of Christmas from their stores. Despite what’s been claimed by Feuerstein and a few others, there’s absolutely no evidence that Starbucks is prohibiting their baristas from saying “Merry Christmas.” And it should be mentioned that Starbucks might not have snowflakes on their cups but they still sell Advent calendars[15], for God’s sake. I’d say an Advent calendar is much more religiously significant than a snowflake.

At any rate, whether or not Starbucks has engaged in a campaign to cleanse Christmas from their stores (they haven’t), the important point is that only a minority of Christians — a very small minority, I think — really care. Most of us aren’t going around keeping track of which secular retailers and restaurants have insufficiently adorned themselves in empty festive decor. The few who faint like school girls over a freaking cup don’t speak for the faith, trust me. Far be it for me to attempt such an endeavor myself, but I would like to give voice to what I believe is the view of most serious Christians, or at least the serious Christians I’ve spoken to:

I — and I suspect I’m not alone here — do not care if Starbucks garnishes their cups with snowflakes or not. Do you hear that media? Not all Christians are “panicked” over this. Indeed, it’s much more important to me that Christians avoid becoming snowflakes who melt into puddles at any perceived slight. Frivolous over-sensitivity is a crisis in our culture, and I don’t think followers of Christ ought to contribute to it. Especially these days, when there are so many ghastly examples of true Christian persecution.

We pretty much called this one when it came out. It was a setup to do a ridicule-based attack on people of faith and Christians in particular. The Marxists figured they would point and laugh, while proclaiming, “Look at the stupid Christians!” Fail as usual. The Starbucks cup was just a prop and an excuse. Now we have stacks of memes out there, ridiculing Christians for having an opinion about red cups, while there’s all this other morally compelling stuff that Christians could be fixing. Of course, nobody else is fixing the morally compelling stuff either, but let’s make it the Christians’ fault, because red cup fixation disorder. It all boils down to a new and improved tact on bashing Christians because the Left just hates anything that is moral, ethical, just and right. It gets in the way of hedonism, don’tcha know. No panic over red cups here. More like a big ole ‘meh.’ Now, about that Christian genocide in the Middle East… 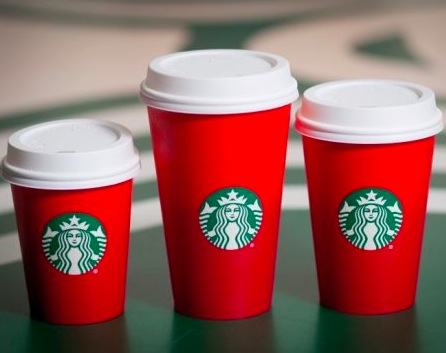 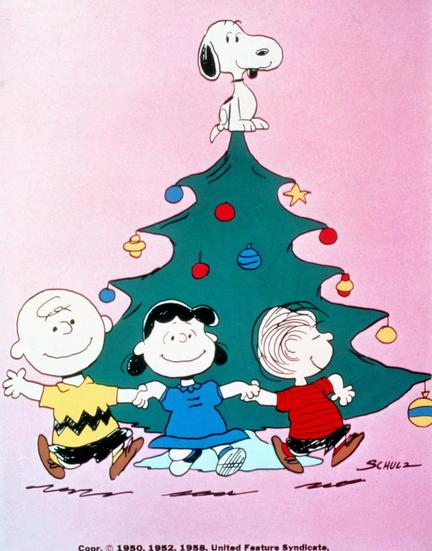