This was a masterful move by Donald Trump.[1] Hot on the heels of his confrontation with what looked like a planted question in my opinion, dealing with whether Obama was a Muslim or not and radicalized Islamist camps in America, Trump released his 2nd Amendment Policy Paper. It’s like political Christmas and just full of conservative candy. He brought home that the 2nd Amendment is a right, period. It is our most important right as it protects all the others. Trump called for more enforcement of laws already on the books and he addressed the issue of mental health in relation to guns. Americans are far safer when more people are armed, not less. In short, Trump’s policy is common sense and addresses many issues that should have already been in place. It diffused the current controversy of what the media views as a non-answering of a planted question as well. The Left is now in full meltdown mode again and once more this has backfired on them. 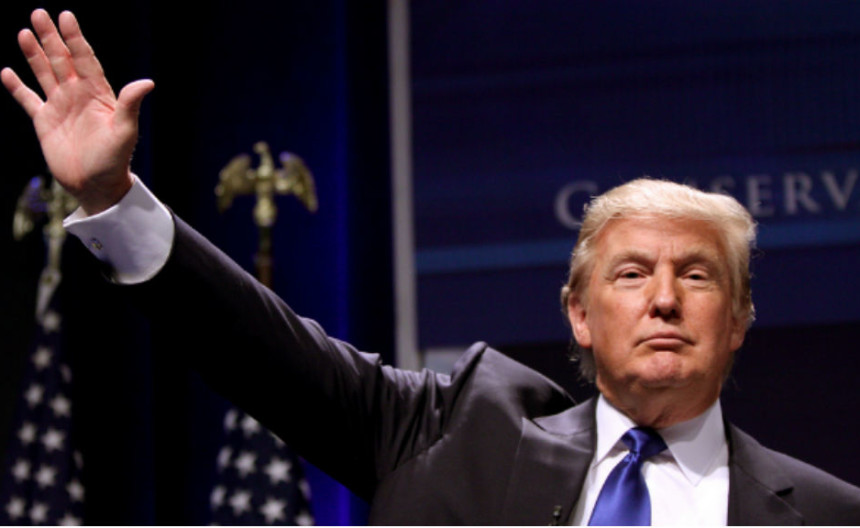 One common criticism of billionaire businessman and presidential candidate Donald Trump is that he far too often speaks in vague generalities and rarely offers specifics about where he stands on the issues.

That is no longer the case, at least regarding his stance on gun rights[3] and the Second Amendment, as Trump just released his official policy position[4] on his campaign website.

“The Second Amendment to our Constitution is clear. The right of the people to keep and bear Arms shall not be infringed upon. Period,” the position paper began.

Trump went on to explain that the right to keep and bear arms is a right that pre-exists both the government and the Constitution, noting that government didn’t create the right, nor can it take it away.

He also rightly denoted the Second Amendment as “America’s first freedom,” pointing out that it helps protect all of the other rights we hold dear.

In order to protect and defend that right, Trump proposed tougher enforcement of laws that are already on the books, rather than adding new gun control laws.

Citing a successful program in Richmond, Virginia, that sentenced gun criminals to mandatory minimum five-year sentences in federal prison, Trump noted that crime rates will fall dramatically when criminals are taken off the streets for lengthy periods of time.

Trump also proposed strengthening and expanding laws allowing law-abiding gun owners to defend themselves from criminals using their own guns, without fear of repercussion from the government.

Noting that many of the recent high-profile shooters had clear mental problems that should have been addressed, Trump proposed fixing our nation’s broken mental health system[5] by increasing treatment opportunities for the non-violent mentally ill, but removing from the streets those people who pose a danger to themselves and others.

Trump would do away with pointless and ineffective gun and magazine bans and suggested fixing the current background check system already in place, rather than expanding a broken system.

Finally, Trump would lift the prohibition on military members carrying weapons on military bases[6] and in recruiting centers, allowing trained military members to carry weapons to protect themselves from attacks by terrorists, criminals and the mentally unstable, as we have seen recently.

This is great, and those who cherish our right to keep and bear arms should be pleased by Trump’s stated position on the Second Amendment.

Of course, liberal anti-gunners will hate this, but their opinion on the matter is of little concern to us “people of the gun,” of which Donald Trump is apparently one.

Trump went on to say that the background procedures need fixing, not expansion and he’s right on that too. Most criminals don’t bother with background checks and being ‘legal.’ That’s ridiculous. A national right to carry would be dreamy, as would the concealed carry reciprocity issue. And finally… finally, he would do away with the insanity of the military not being able to be armed. The US would instantly become a much safer place to live in. Trump just solidified the NRA vote and the millions who belong to gun organizations across the nation. He’s hitting the hot topics that the majority of Americans care passionately about. Obviously, Trump seems to know more about politics than the politicians do. He’s a master at strategy and tactics as well. It’s impressive – every time he’s attacked, it just makes him more and more popular.