Hillary Clinton, America’s top failing former Secretary of State, has made it pretty clear that she is now ready to come back into the spotlight for President-elect Donald Trump’s presidency. 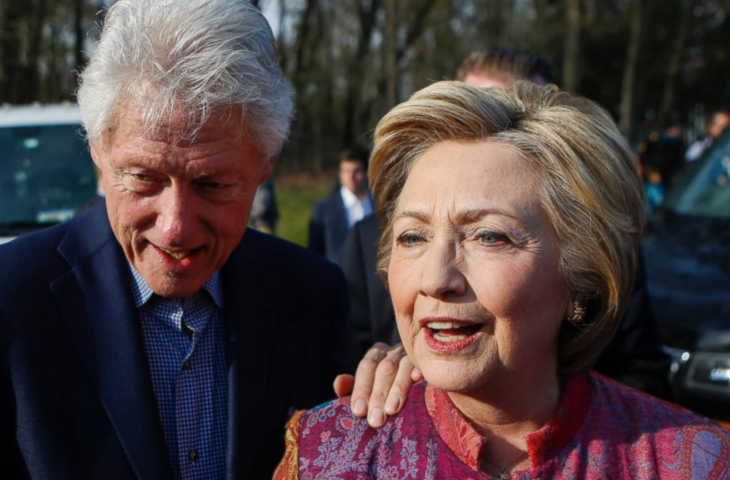 Weird? Yes…but it was apparent in a message of appreciation she shared with her supporters on Monday.

“I believe it is our responsibility to keep doing our part to build a better, stronger, and fairer future for our country and the world,” Clinton wrote on her official Facebook page.

“I wish you and your family health, happiness, and continued strength for the New Year and the work ahead. I look forward to staying in touch in 2017. Onward!” she continued.

Gag… even when she’s supposedly trying to sound positive, you can still hear the selfish desires oozing from her words. She could be crowned the Queen of manipulation, if it wasn’t so easy to see past her lying face into her dark soul, or lack thereof.[2]

That wasn’t the only evidence presented however, she also used another social media platform to show us she is ready to re-enter into the limelight.

I’ll drop that for you right here…

The holidays are a time to be thankful for our blessings. Let's rejoice in this season & look forward with renewed hope & determination. -H

Since her shocking loss to Donald Trump, she has for the moat part remained sort of quiet and out of the sight of cameras and reporters. Of course, that is with the exception of the handful of times she did come out of the shadows just when some of us started to feel sorry for her…to remind us why she deserves no mercy.

Each time she just had to complain, whine or pass the blame around as to why she lost…every excuse under the sun came out of her losing mouth, all pointing to someone else, never at herself as the actual reason why she lost.

So, she’s wanting to get back into her corrupt game of taking and never giving. That should terrify most people, except this time…there’s Trump. She has to call him her President whether she likes it or not and he isn’t going to let her weasel her way back into being the Queen of corruption without a fight.

So I’d say… get the popcorn. Hillary vs Trump, round 2.