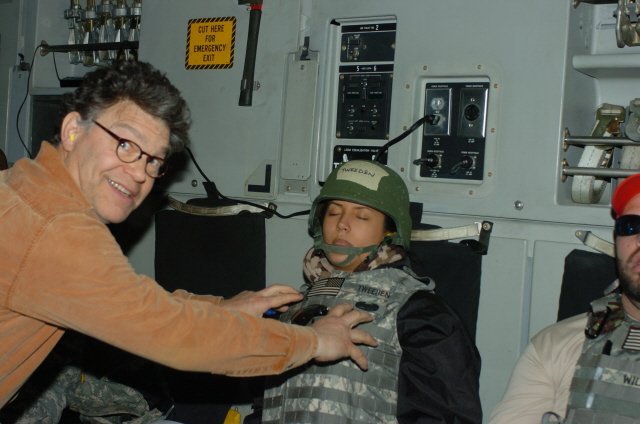 Virtually every single large company out there requires mandatory sexual harassment training. Now this could possibly be coming to Congress

(AP[2]) Rocked by allegations of sexual misconduct, the House is moving ahead on legislation to require anti-sexual harassment training for all members and their staffs.

The vote comes amid a wave of accusations against lawmakers that has thrust the issue of gender hostility and discrimination on Capitol Hill squarely into the spotlight, and prompted calls for the embattled lawmakers to step down.

The measure would require lawmakers, their staffs and interns “to complete a program of training in workplace rights and responsibilities each session of each Congress” that includes anti-discrimination and anti-harassment training.

The Senate unanimously adopted a similar measure earlier this month. That vote came as titans of media, entertainment and sports faced swift punishment after allegations of inappropriate sexual behavior.

One would think that people of the age of those in Congress would know better. As we can see from plenty of incidents, they do not.

Will this make a difference? It might make it much more likely for staffers and interns to report the conduct. But, will they report? The story we kept hearing when the allegations came to light was that they did not want to ruin their careers, that the opportunity was too great. This might be the biggest part of the article

Next week, that committee (story doesn’t say which one) will hold another hearing to review the Congressional Accountability Act, and propose reforms to the way in which harassment complaints are filed and handled on Capitol Hill.

If those reforms do not involve making sure there is no retaliation against accusers (unless the accusation is false), that the accusation will be taken seriously, and that the offender is punished, then the reforms are useless. Furthermore, the reforms need to involve not using the forcibly taken tax money of the citizens of the United States to payoff the accusers. Typically, if someone is found to have committed sexual harassment in a private company, they are terminated. What recourse is there for elected members of Congress? Any reform should involve publishing the outcomes of the investigation, which would include the name of the Congress critter. But not the accuser. And then there should be mandatory impeachment hearings. They need to be held accountable for their actions.

I think we all know that this will end up being watered down, though, right?