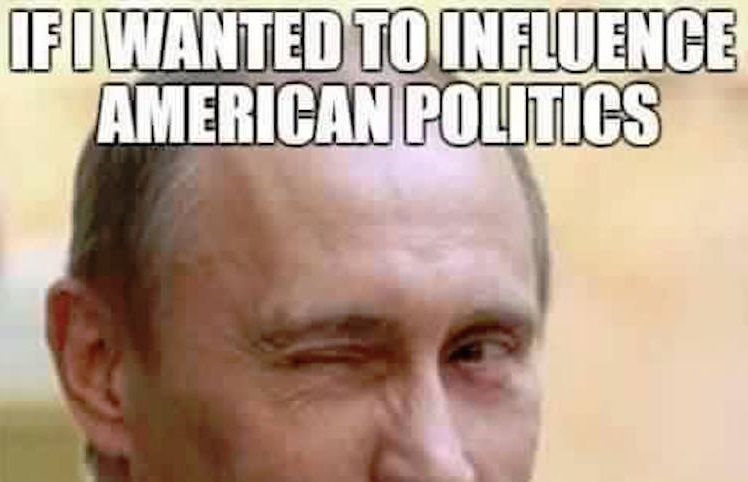 It’s been reported by C.E. Dyer that Hillary Clinton’s campaign is now sticking their unwanted support into the call for an investigation on the election based on the big bad Russians scenario that they and their goons are introducing to mainstream media.

In response to this ridiculous request from these cry babies, Tim Young tweeted a list of EVERY county that has ‘interfered’ in the election when it comes to Hillary Clinton through none other than her massive family ‘slush fund’.

Take a look at the list below, courtesy of Weasel Zippers: 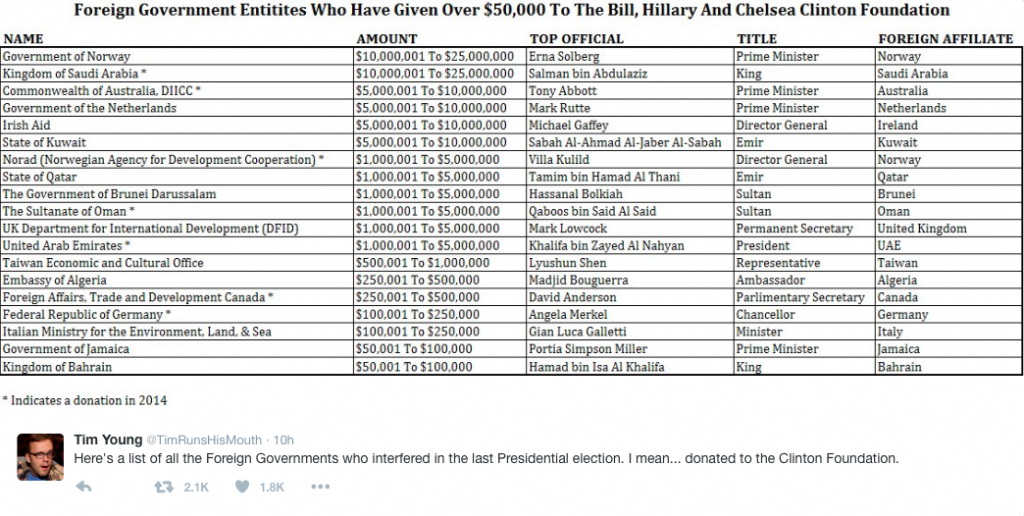 I don’t know about what you’re thinking, but if you’re thinking what I’m thinking…there are a lot of OTHER ‘foreign’ election interventions we should be looking at.

…and unlike Clinton, we HAVE evidence to support the reason behind their investigation over her!

While we’re at it, TheFederalistPapers.com had a great idea! We should also look into the Uranium One Deal that took place while Hillary Clinton was Secretary of State and ceded 20% of OUR uranium control over to… drum roll please…

In fact, there is an AWFUL lot of things we could consider taking a ‘look’ into…because Hillary Clinton and every single one of the people that she chooses to surround herself with is corrupt, selfish, greedy and earth walking Satan spawn.

For the love of chandeliers! Why can’t they just take their bow and exit stage right! At this point they are embarrassing themselves and as far as their dignity is concerned…

There is NO MORE! They have lost it all….by being whiny little weasels that can’t get over losing an election that they most likely rigged to win themselves.

In your face Clinton.

Now please stop being a-holes about it…and move on. Be a grandma, play bingo…or something.