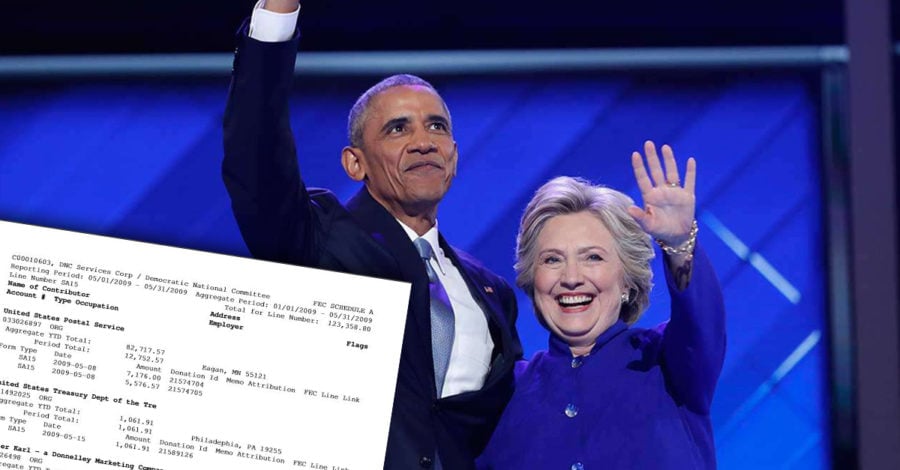 Yesterday we learned[2] of a massive Russian bribery scheme that was occurring under the nose of the Obama administration, which involved lots of federal agencies, Obama, Hillary Clinton, and DOJ head Eric Holder, and private companies. Oh, and uranium. And the Clinton’s “charitable” foundation. And now we learn

The Senate Judiciary Committee has launched a full-scale probe into a Russian nuclear bribery case, demanding several federal agencies disclose whether they knew the FBI had uncovered the corruption before the Obama administration in 2010 approved a controversial uranium deal with Moscow.

Sen. Chuck Grassley (R-Iowa), the committee chairman, gets his first chance to raise the issue in public on Wednesday when he questions Attorney General Jeff Sessions during an oversight hearing.

Though the hearing was scheduled for other purposes, aides said they expected Grassley to ask Sessions questions about a story published in The Hill[4] on Tuesday that disclosed the FBI had uncovered evidence showing Russian nuclear officials were engaged in a racketeering scheme involving bribes, kickbacks and money laundering designed to expand Russian President Vladimir Putin’s atomic energy business on U.S. soil.

The evidence was first gathered in 2009 and 2010 but Department of Justice officials waited until 2014 to bring any charges. In between that time, President Obama’s multi-agency Committee on Foreign Investment in the United States (CFIUS) gave approval to Russia’s Rosatom to buy a Canadian mining company called Uranium One that controlled 20 percent of America’s uranium deposits.

The committee’s members at the time included former Attorney General Eric Holder and former Secretary of State Hillary Clinton, whose husband collected large speech fees and millions in charitable donations from Russia and other entities interested in the outcome of the decision.

Of, course, let’s face it, it’s highly unlikely anything will come out of this, as Republicans haven’t shown they have the cajones to get tough on Obama or the people who worked for him on pretty much anything. And we do not know how in-depth the committee will get on this. They are demanding certain documents from federal agencies by October 26th.

That said, Grassley has been very concerned about the Uranium One deal for years, and now he has information about a massive Russian bribery scheme that the DOJ/FBI knew about. Time will tell.