If there’s one thing that you can count on Democrats for it is fraud and most specifically, stealing money from children. While they claim to love people so much that they would do anything for them (in exchange for votes of course), the number of Democrats stealing funds from programs meant for the most vulnerable among us is frighteningly high.

Now Shaun Brown, a 58 year-old Democratic Congressional candidate in Virginia, is in trouble for allegedly filing false reimbursement claims with the Virginia Department of Health in regards to the USDA’s Summer Food Service Program, which provided meals to low-income children during the summer of 2012.

Prosecutors claim that these reimbursements netted her a total of $803,000 in ill-gotten gains and she has been indicted on charges of embezzlement, fraud and theft. 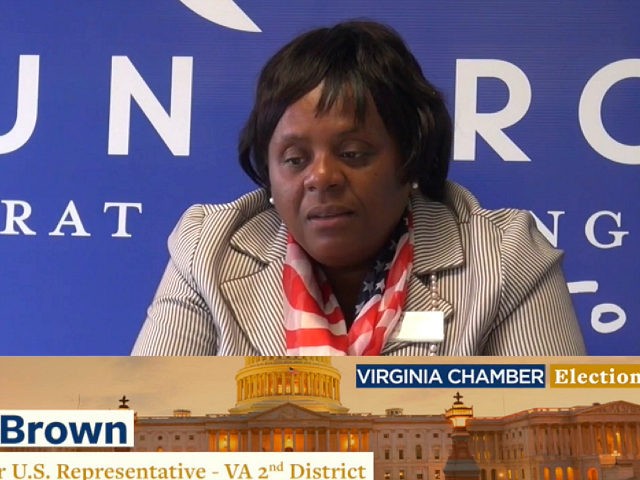 She has denied any allegation of wrongdoing and claims that she intends to fight the charges.

Prosecutors are also saying that Brown ordered staff members to skew the data, including the number of low-income children who were given meals, meaning that they could cash in reimbursement money.

When asked about these statistical issues, she simply chalked it up to “irregularities” and problems with the programs.

“I want the irregularities corrected,” she stated. “I want to see the program improve.”

Brown and her mother, Jenever, founded their non-profit together and have filed a $10M lawsuit against the USDA, claiming that they discriminated against African Americans, delayed payments and falsified reimbursements and claims.

Of course, when all else fails, throw out the racism card. Despite the fact that the USDA is hosting a program that largely benefits underprivileged and minority communities. That makes sense.

It is worth mentioning that Brown launched a bid for Republican Representative Scott W. Taylor’s seat in 2016, but lost by 23 points. She has also mentioned that she plans to run for that seat again in 2018, though I suspect that this news is going to squash her plans.

It isn’t a far reach to believe that she and her mother stole money from the government, because the prosecution appears to have the evidence to prove their case. If she did do this, an apology is the least of what she needs to give back. She deserves to go to prison and spend a nice long time there. There is nothing more disgusting than stealing money that is meant to help children who, through no fault of their own, can’t afford to eat at home during the summer.