Tips For Right-Wingers On The IRS Scandal

Instead of showing endless loops of IRS employees wasting taxpayer dollars line-dancing — Breaking news: Government employees waste millions of your dollars every single day! — I think it would be more useful for the public to hear a few crucial facts about the exploding scandal at the Internal Revenue Service. 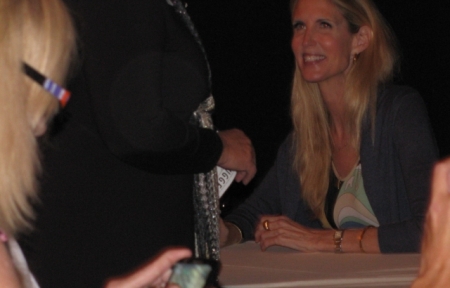 At Tuesday’s congressional hearings on the IRS, witnesses provided shocking details about the agency’s abuse of conservative groups.

The IRS leaked the donor list of The National Organization for Marriage to their political opponents, the pro-gay-marriage Human Rights Campaign. This is not idle speculation: The documents had an internal IRS stamp on them. The list of names was then published on a number of liberal websites and NOM’s donors were harassed.

The IRS demanded that all members of the Coalition for Life of Iowa swear under penalty of perjury that they wouldn’t pray, picket or protest outside of Planned Parenthood. They were also asked to provide details of their prayer meetings.

Rep. Jim McDermott, D-Wash. — who was ordered by the D.C. Circuit Court to pay more than $1 million to John Boehner in 2008 for the sleazy maneuver of publishing an illegally taped private conversation — blamed the conservative groups themselves. “Each of your groups was highly political,” he lectured them, noting that they wouldn’t have been asked any questions if they hadn’t requested tax-exempt status.

Even a fair-minded person — not to be confused with Jim McDermott — might hear about the IRS’ harassment of groups with “tea party,” “patriot” or “liberty” in their names and think: “How do we know the IRS wasn’t equally hard on left-wing groups?”

What might be more helpful than clips of IRS staff line-dancing would be for reporters, say at Fox News, to mention a few examples of the wildly partisan left-wing groups that the IRS has certified as tax-exempt.

Among the many left-wing groups with tax-exempt status are:

— ACORN (now renamed as other organizations, but all still tax-exempt), “community organizers” who engage in profanity-laced protests at private homes, dump garbage in front of public buildings and disrupt bankers’ dinners in order to get more people on welfare in order to destroy the capitalist system and incite revolution;

— Occupy Wall Street, which — in its first month alone — was responsible for more than a dozen sexual assaults; at least half a dozen deaths by overdose, suicide or murder; and millions of dollars in property damage;

— Media Matters for America, a media “watchdog” group that has never noticed one iota of pro-Obama bias in the media;

— The Center for American Progress, an auxiliary of the Democratic National Committee funded by George Soros and staffed by former Clinton and Obama aides to promote the Democratic agenda;

— The Tides Foundation, which funnels money to communist and terrorist-supporting organizations;

— The Ford Foundation, which has never found a criminal law that isn’t “racist.”

These groups are regarded by the IRS as nonpartisan community groups, merely educational, while dozens of patriotic, constitutional, Christian or tea party groups are still waiting for their tax exemptions.

That’s to say nothing of Planned Parenthood, PBS and innumerable other Democratic front-groups that not only have tax exemptions, but get direct funding from the government.

By contrast, the conservative groups being raked over the coals by the IRS actually were nonpartisan. The tea party forced sitting Republican senators off the ticket in Alaska and Indiana, and toppled “establishment” Republicans in Utah, Delaware, Nevada, Florida and Texas. Far from being a secretly pro-Republican group, the tea party has been a nightmare for Republicans.

Show me one instance where the Center for American Progress was more of a problem for Democrats than Republicans.

It is obviously in the interest of the left to show us liberal groups also harassed by the IRS, so it’s striking that they haven’t been able to produce one yet.

Instead, they hearken back to the Bush years to claim that the IRS once audited the NAACP, which is treated as ipso facto political harassment.

First of all, the NAACP doesn’t exactly have a sterling record of rectitude when it comes to organization funds. In the 1990s, the NAACP used tax-exempt contributions to pay hundreds of thousands of dollars of hush money to the mistress of then-executive director Benjamin F. Chavis Jr. — as detailed in enraged columns by Carl Rowan at the time.

Find a tea party organization that’s done that, and we’ll understand the IRS conducting a three-year proctology exam on the group.

Second, the Bush-era audit of the NAACP was prompted by a blindingly partisan speech given by NAACP chairman Julian Bond at an organization meeting in Philadelphia in July 2004. Bond attacked a slew of elected Republicans by name, denouncing the entire party as one whose “idea of equal rights is the American flag and Confederate swastika flying side by side.”

That’s what we call “black-letter law” on improper activity for a tax-exempt organization. As a 501(c)(3) group, the NAACP is prohibited from supporting or opposing any candidate for elective office.

The NAACP responded to the IRS’ letter by screaming from the rooftops that it was political payback. Consequently, Bush’s IRS commissioner requested that Treasury’s inspector general investigate the IRS’ tax-exempt unit for political bias. The IG’s report found no politics in the NAACP audit and — to the contrary — that more “pro-Republican” groups (18) than “pro-Democratic” groups (12) had been audited.

Nonetheless, the NAACP simply refused to cooperate with the IRS. There was nothing the Bush administration could do. No Republican was going to allow the NAACP’s tax-exempt status to be revoked on its watch. Two years later, the IRS simply issued a letter clearing the group.

Today, the NAACP openly engages in partisan activity, such as a current weeks-long protest of Republican legislators in North Carolina.

Finally, a tip to the Democrats trying to defend the IRS: As a devoted true-crime TV viewer, I can tell you that when you’re caught red-handed, it’s never a good defense to say, “Why would I be so stupid to kill my wife right after taking out a huge life insurance policy on her?”

You were that stupid and you got caught.