Is Neal McCoy a true American patriot? He says his new song says something about where he stands on the issue of kneeling during the national anthem that has plagued the NFL[1] for the last 18 months. Mr. McCoy says that he “respects the flag and the country,” and for that has debuted the song, “Take a Knee … My Ass!” during his Christmas tour in Branson, Missouri. 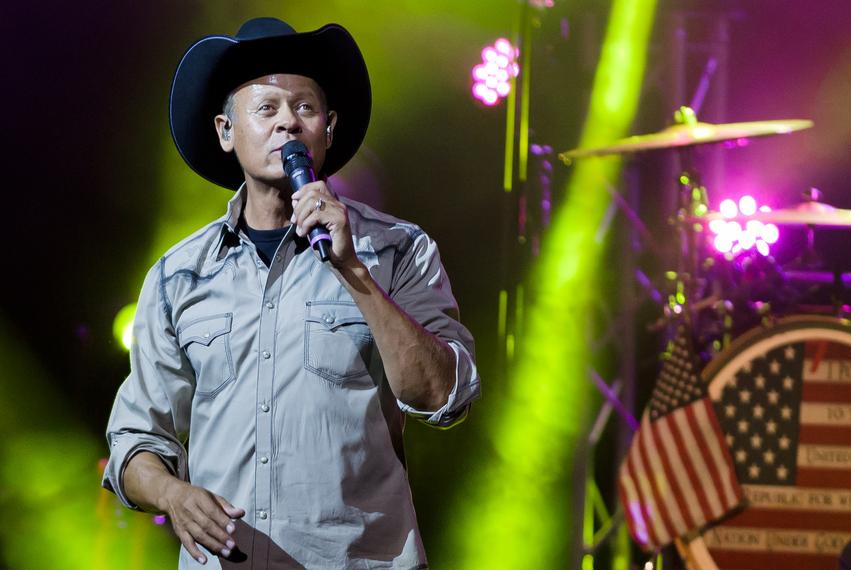 It has skyrocketed to the No. 1 country music song download on Amazon and has been viewed more than 3 million times on his Facebook page.
Gloria Baron, who is a friend of McCoy’s heard the song and told him he ought to record it during a time like this.

“She said, ‘I know where you stand on things and you love this country and respect our flag, and I think you ought to hear the song,'” McCoy said. “This is not a money grab for me — this is how I feel. The American flag is on the side of my bus, and so is the Pledge of Allegiance.”

I don’t know if you heard, but GQ announced[3] Colin Kaepernick as the “Citizen of the Year,” whatever that means. I’m not sure how much more of an anti-citizen Kaepernick could have been this past year. Does anyone even read GQ anymore? Does anyone read any magazine anymore? Wait, Colin is going to be featured in the African-American history museum[4] in the Smithsonian?

McCoy had something to say about the protests.

“When it is all explained, I think … (Kaepernick) will eventually be known for civil rights,” McCoy said. “I am all about protesting, but I just thought it was the wrong time, wrong place kind of thing, at least from my taste.”

McCoy said NFL Commissioner Roger Goodell should have resolved the issue a long time ago. “I think they probably wished they had nipped it in the bud,” McCoy said. “The commissioner should have said, ‘Look guys, we can’t do this; we have to honor the flag every time.'”

Check out the video of him introducing the song!

I think he has every right to do this, just like Colin had every right to do what he did. The difference is, Colin’s employer wasn’t too happy about it and Neal McCoy is his own boss, presumably. And there is the fact that Colin is only doing this because he is a washed up quarterback in a league that has figured out his game. What side of the fence do you come down on the issue?