Popular musician passed away days before her next birthday [VIDEO]

We lost another golden voice this week…[1] Bonnie Brown of the sibling trio The Browns, passed away from cancer at the age of 77. They were contemporaries of Chet Atkins and toured with Elvis Presley. If you haven’t heard their music, you should… it’s wonderful. “When Bonnie Brown joined her brother, Jim Ed, and her sister, Maxine, in song, the siblings created an incomparable harmony: the smoothest and most elegant blend in country music,” Kyle Young, CEO of the Country Music Hall of Fame and Museum, said in a statement. She was sublimely gifted and will be missed. 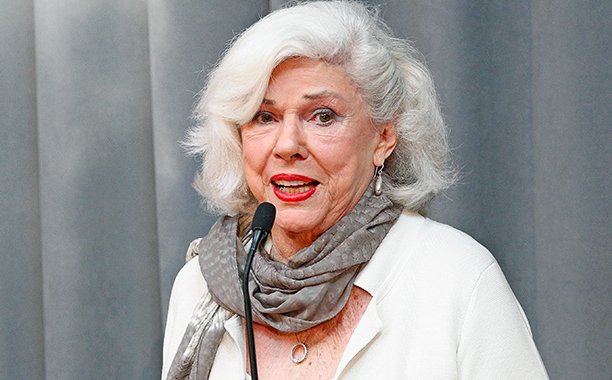 In October of 2015, Bonnie Brown was inducted into the Country Music Hall of Fame as part of the sibling trio The Browns. Less than a year later on July 16, 2016, she passed away in Little Rock, Arkansas, at the age of 77, just fifteen days before her 78th birthday.

Bonne Jean Brown was born July 31, 1938, in Sparkman, Arkansas. Growing up in a musical family, her older brother and sister, Jim Ed and Maxine, who were already performing together, took young Bonnie on the road to perform with them as a graduation gift. From that point on, the duo was no more and the trio, with some of the most angelic harmonies we’ve ever heard to this day, was born.

In the 1950s, the Browns were cast members on “The Louisiana Hayride” and “Ozark Jubliee,” both staples for country music fans and for a time toured with a young unknown singer who went by the name Elvis Presley.

While the trio had many successes with songs like “The Old Lamplighter,” “Scarlet Ribbons” and “I Take The Chance,” by all accounts, their shining moment comes in the form of the 1959 release of “Three Bells.” Produced by Chet Atkins, “Three Bells” spent 10 weeks atop the country chart, four weeks on the pop charts and even squeezed into the Top Ten on the Hot R&B Sides chart. Fifty years later, the song resurfaced and gained a whole new following as it was featured in two episodes of the final season of the highly rated HBO drama “The Sopranos.” Jim Ed Brown died from lung cancer and just three months later, while the Brown family was still grieving their loss, Bonnie Brown[3] was also diagnosed with Stage 4 lung cancer. She began treatment immediately and although her health was faltering, she made the trip to Nashville in late October for the Country Music Hall of Fame’s Medallion Ceremony, where she and her sister were formally inducted into the Hall by fellow Hall of Famer Bobby Bare. Brown leaves behind her two daughters, Kelly and Robin, several grandchildren and her sister, Maxine Brown. Dr. Ring, her husband of more than 56 years, died in January.