Imagine having to live with a painful bump on your neck for over ten years. One man did, and when a doctor finally removed it for him, there was a disgusting eruption no one was expecting. 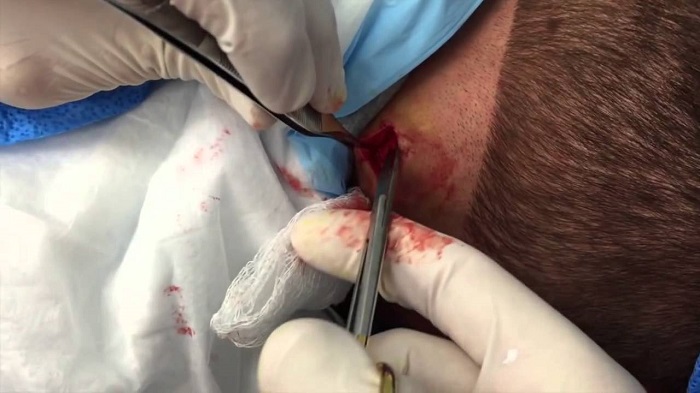 Dr. John Gilmore earned his medical degree and then some when he removed a bump that had been bothering a patient for about two weeks.

The patient, known only as Raymond, went to Gilmore’s office after suffering with the uncomfortable bump for about 10 years, according to the U.K. Daily Mail.

After examining the bump, Gilmore said it was an epidermoid cyst — one that should have been removed a long time ago.

Epidermoid cysts are noncancerous and appear primarily on the face, neck and torso.

Raymond said the cyst would become infected a few times over the years and other doctors would simply prescribe antibiotics and send him home.

When he walked into Gilmore’s office, he was looking for something a little more permanent.

Gilmore decided to remove the cyst but he also decided to record it on video — and you won’t believe what comes out of Raymond’s neck.

That video has probably made a good number of people sick to their stomachs. But just imagine how much better the patient must feel with all of that out of his neck!