A night out at a restaurant with your kids shouldn’t turn into a situation where parents have to worry about what’s slipped into their kid’s drink. But that’s what happened when one family went to Texas Roadhouse, and their two-year-old ended up in the hospital. 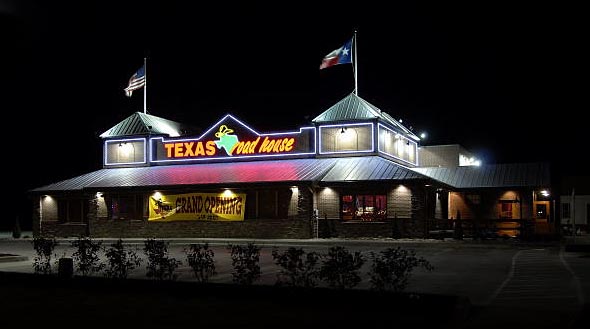 The family went to a Texas Roadhouse to celebrate Derek Gilliam’s 25th birthday. They ordered food and non-alcoholic drinks, including cranberry juice for their daughter, Gabriella.

They said Gabriella drank it and it tasted funny. That’s when the parents tried it and noticed something was off.

It turns out Gabriella was served sangria.

“I had to rub her belly the whole night and she slept with us because I was scared that she might not wake up,” her mother Tiffany Gilliam told Asheville’s ABC affiliate WLOS. “That she’d choke on her throw up and not wake up. It was the most horrible feeling ever.”

The parents immediately took her to the hospital, where doctors diagnosed her with accidental alcohol ingestion.

“She was staggering and she was kissing everything,” Tiffany Gilliam said.

Family members said she is doing better now, but it was a scary couple of days leading to little sleep.

There isn’t really any reason why a server should “accidentally” serve a two-year-old alcohol instead of cranberry juice — it’s the most outrageous, inexcusable kind of mistake that could be made. This restaurant should just be happy that the toddler survived and more damage wasn’t done.