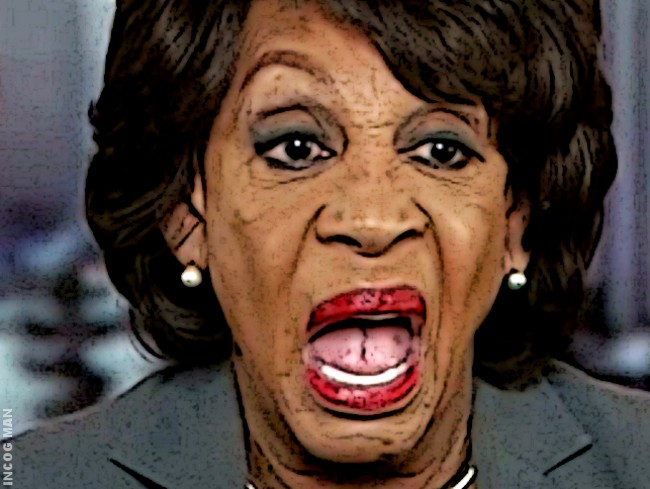 A week ago we discussed Crazy Maxine Waters, who’s constantly out and about doing her impeach Trump schtick, admitting she’s seen zero evidence[2] of collusion vis a vis Russia and Trump. Well, she was on friendly ground, and forced to admit it again

(Daily Caller[3]) One of President Trump’s harshest congressional critics acknowledged on Thursday that she has yet to see evidence of collusion between Trumpworld and the Russian government.

In an interview on MSNBC’s “Morning Joe,” California Rep. Maxine Waters went through her usual schtick of calling for Trump’s impeachment. She made vague allegations of cooperation between the Trump campaign and Kremlin “in developing strategy about how they could ensure that Hillary Clinton was not elected.”

“I am talking about strategies that were developed, working with the Trump campaign. I really do believe that much of what you saw coming out of Trump’s mouth was a play from Putin’s playbook,” Waters said.

But after a two-minute diatribe, the Democrat was forced to acknowledge that she has yet to actually see evidence of collusion.

“But just to be clear, there has been no actual evidence yet?” Huffington Post editor Sam Stein asked Waters.

So, when Mr. Trump is talking about this being a witch hunt[4], it may sound like whining, but, he’s correct.

This is the single greatest witch hunt of a politician in American history!

When he says there’s no collusion, he’s right. So far, Democrats have offered zero evidence, just some vague allegations. But, Liberals love their conspiracy theories. After 9/11, the majority of Truthers were left leaners. Remember, 42% of Democrats[6] thought Bush made 9/11 happen or let it happen. Another poll showed that over half of Democrats[7] believe Bush was complicit in the 9/11 attacks. Democrats love their Derangement Syndromes, and love going on fishing expeditions.