‘Completely Awesome’ Cardboard Fort Is a Hit in the Neighborhood. But Ogden’s City Code Enforcement Doesn’t Want to Play.

Everything is AWESOME! Well, unless you live in Ogden, where you apparently can’t let you kids build an epic box fort in your own yard without the lame city government cracking down on a cool play world. But that’s OK, since the parents are kicking back – and Box Fort World will stay up until the bitter end! TheBlaze[1] has more: 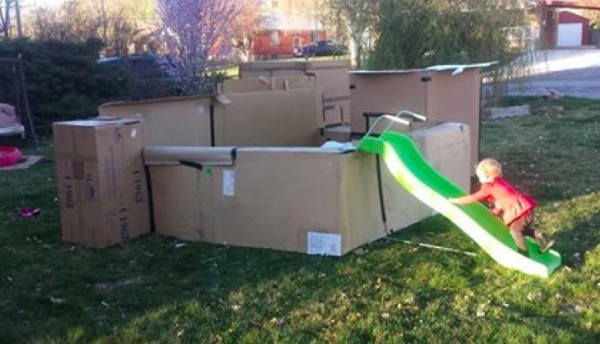 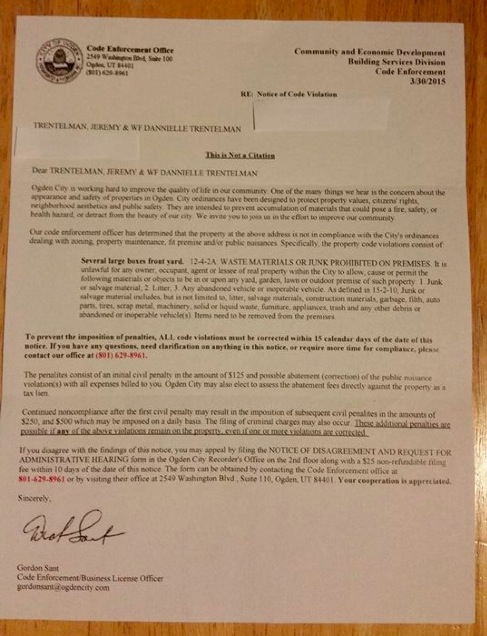 You have to give the Trentelmans an “A” for creativity.

The Utah family of four — Jeremy and wife Dee, along with their toddlers Max, 3, and Story, 2 — and some friends turned a pile of cardboard boxes last week into a front-yard fort complete with towers, trap doors, and tunnels.

“I just thought it was an awesome way to use boxes and my kids’ imagination,” Jeremy Trentelman told the Standard Examiner.

But after just one day in existence, the makeshift fort attracted the City of Ogden’s attention — specifically code enforcement.

The notice left on the Trentelmans’ door indicated the fort violates city code related to “waste materials or junk” and have 15 days to get rid of it or get socked with a $125 fine.

“If it had been out for months or something then yeah, that would make a lot of sense…but it was a day,” Dee Trentelman told KUTV-TV in Salt Lake City.

Before the notice came, Jeremy Trentelman said they were planning on leaving up the fort for just a few days — but the notice got him pretty steamed.

“ARE YOU FREAKIN KIDDIN ME!!!?!” he wrote on Facebook after getting the warning. “We build a completely awesome box castle in our front yard for our our kids to play in and we get a notice from code enforcement?!?”

So now the family will leave up the fort ’til the bitter end.

“They gave us 15 days in the notification, so I’ll be damned it’s gonna stay up for 14 days,” he told KUTV.

In the meantime, the cardboard fort has attracted quite a bit of support — there’s even a Facebook page called “Support Jeremy Trentelman! Cardboard Fort Campaign in Ogden.”

The 13-day event is dedicated to organizing citizens to “stand in solidarity with Jeremy Trentelman by building cardboard forts in all the front yards throughout the entire city of Ogden.”

Good! These guys need to really relax. I hope Box Fort World gets a new lease on life, and the City of Ogden quits being such party poopers!