CREEPY! Hurricane Harvey Leaves Behind Mysterious Creature Washed Up On The Shore

There are some very strange and horrific looking creatures in the sea and this looks to be one of them. Hurricane Harvey washed this beast up onto the beach in Texas. It is long with wicked looking teeth in its mouth and has a cylinder shape. No eyes are apparent on this thing either, indicating it could be from the depths of the ocean. One thing was for sure… it was dead. Preeti Desai of the National Audobon Society came across the monster and could not figure out what it was. So, she took to Twitter to get some help from biologists.

“On first glance it looked like something from the deep sea to me,” Desai said. “My initial thought was it might be a sea lamprey but when I got close I realized there was no way that was what it was, particularly based on the mouth. We squished it around a bit, and even turned it over but couldn’t come up with any other ideas.” She stated, “This is the kind of thing that’s perfect for Twitter – there are so many scientists and researchers on the platform and they’re very willing to jump in and figure out things like this.”

When biologists responded to Desai, they thought it was some kind of eel. Exactly what kind though was up for debate. “I mentally smacked my forehead, because once that was suggested I could absolutely see the eel shape,” Desai said. Most believe it to be a fangtooth snake-eel, also known as a tusky eel, which are native to the Gulf of Mexico. They live 100 to 300 feet deep in the ocean. Most of the time they hide, but every once in a while they swim into the shallows.

Tusky eels have small eyes and the biologists believe they could have decomposed before Desai found the eel. Dr. Kenneth Tighe of the Smithsonian National Museum of Natural History believes the dead creature is a tusky eel, but he said that it could also be from another eel family – either the garden or conger eels. The teeth though rule it out for most of those eel designations. “It might be Bathyuroconger vicinus or Xenomystax congroides,” he said. “All three of these species occur off Texas and have large fang-like teeth. Too bad you can’t clearly see the tip of the tail. That would differentiate between the ophichthid and the congrids.”

I have no idea what any of those are and I don’t want to know. The thing creeps me out. Big storms like Harvey are known for dredging up strange creatures from the deep. This one is that and more. It’s enough to give you nightmares. 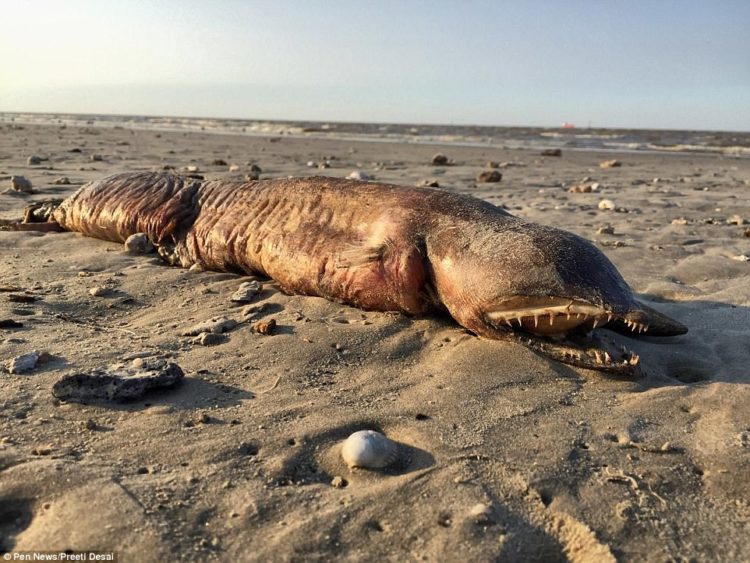 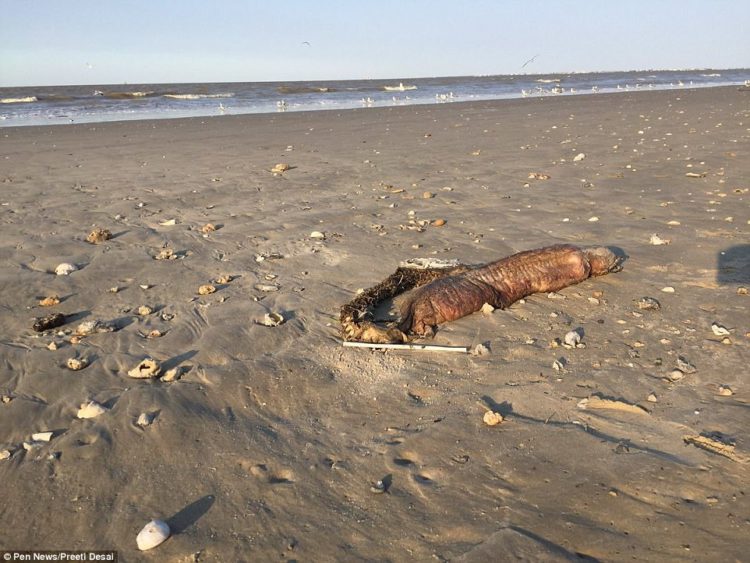 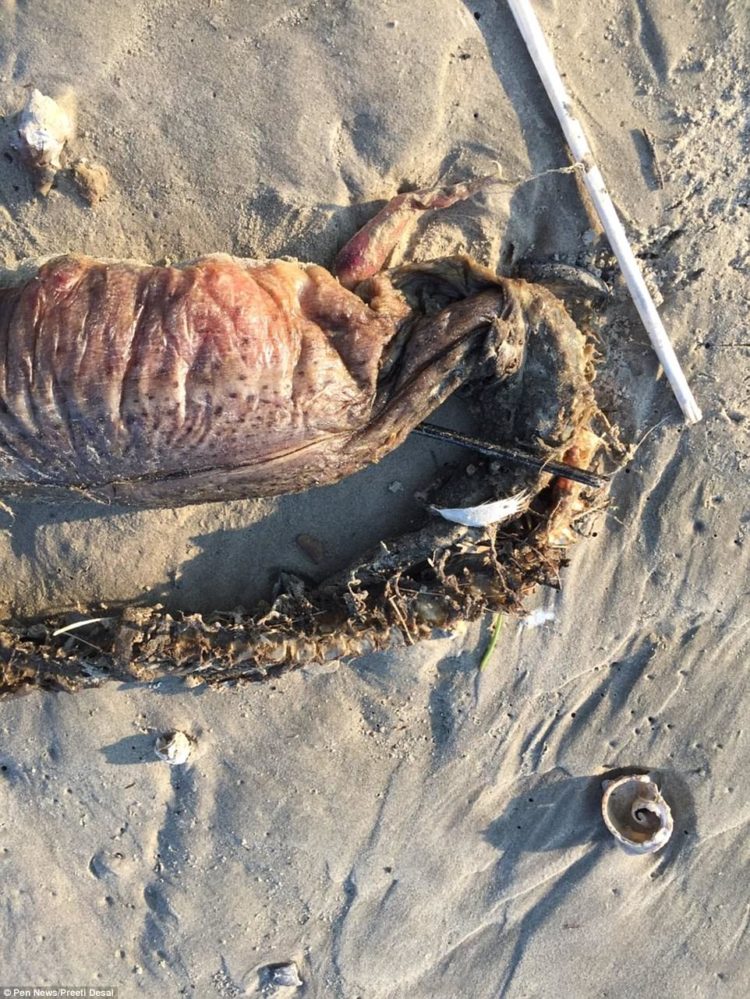 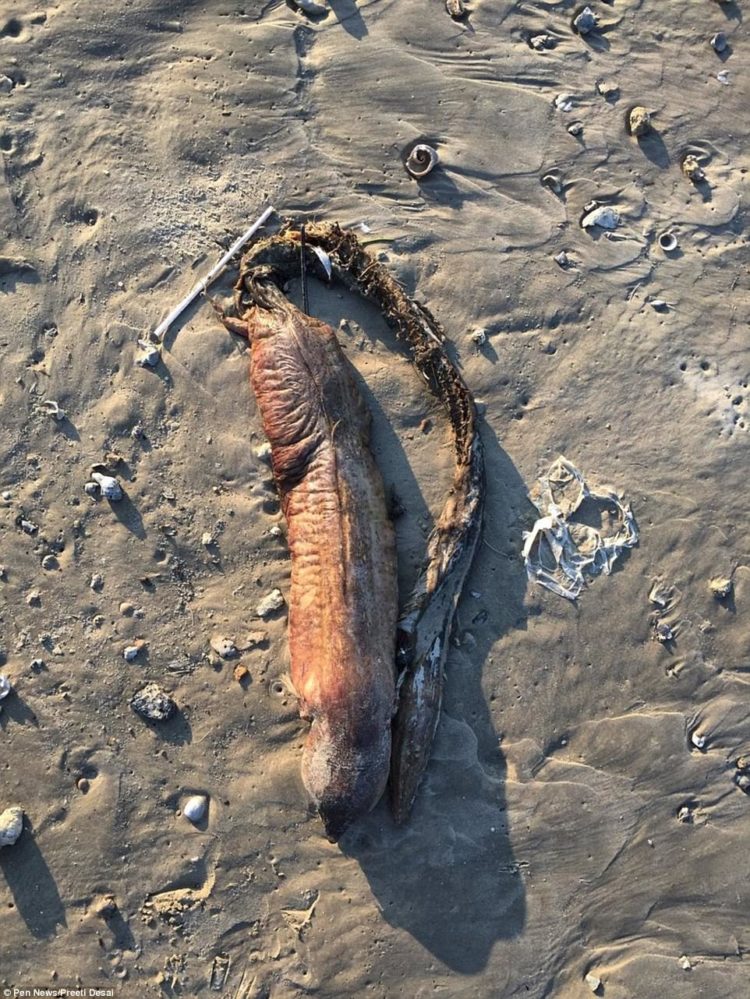