People don’t often think about the consequences of their actions — they go about their daily lives, unaware of all the things that can go wrong from very typical, innocent things. But after a simple shower caused horrific pain for one man, he’s speaking out to warn others. 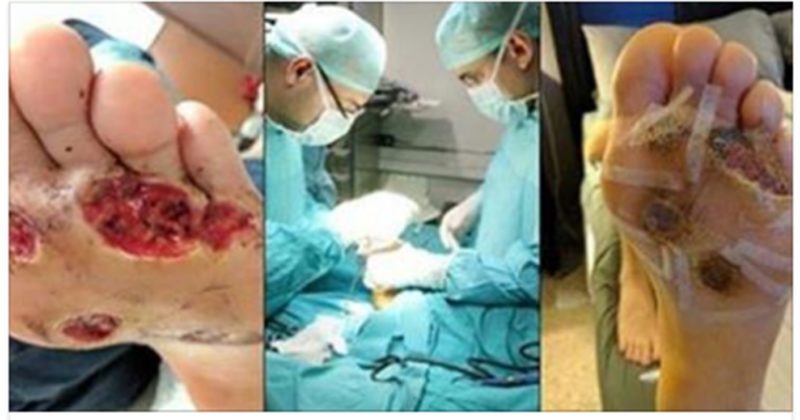 The anonymous man sent photos of his foot to “The Buzz,” along with his horrifying story.

“It started while I was training for my first ever half marathon,” he began. “Over my lunch break, I would make a point to go to my local gym and run for a bit. I had never ran such a long distance before, so I wanted to make sure I was ready. Normally, I would make sure that I had all of the necessary supplies in my gym bag for after my run. There were a few occasions where I left out my flip flops that I would use when I showered, but not wanting to go back to work sweaty and smelly I made the decision to shower barefoot.”

“Within a fairly short amount of time, I noticed there was a spot on the bottom of my foot that began to itch. when I touched it, it was a bit harder that the rest of the flesh around it, but I didn’t think anything of it,” he continued. “I figured I had just stepped on something and it was my body’s response to the foreign object. I quickly found out that I had contracted a plantar wart on the bottom of my foot.”

Not thinking much of the wart, he tried treating it himself at home. He used banana peels, duct tape and acid treatments, but nothing worked. After six months, he finally went to see a doctor. And it was then that things got really bad.

“What occurs next is some of the worst pain I have felt, and something that I have endured for over a year,” he said. “My doctor started treating my wart with cantharidin, an agent made from a beetle that causes the area it comes in contact with to blister. The idea is to get your body to recognize that it is trying to fight something and to kill the infection naturally. Every week I would go to the doctor, have the agent applied, have my foot blister and be in pain for the next few days. Each week the doctor would cut away the blistered skin, and apply it on the fresh skin underneath.”

Soon, it became so bad that he couldn’t even walk.

“This went on for a few months, and the virus decided it would spread,” he continued. “One wart quickly turned into 5. When the treatments no longer worked, I moved to another doctor closer to my house. I went through the same treatments, but at a much higher concentration. My entire foot would swell and the pain was so bad, I couldn’t walk. I couldn’t even put my leg down as the blood rushing to my foot would cause the skin to swell and put me in excruciating pain.” 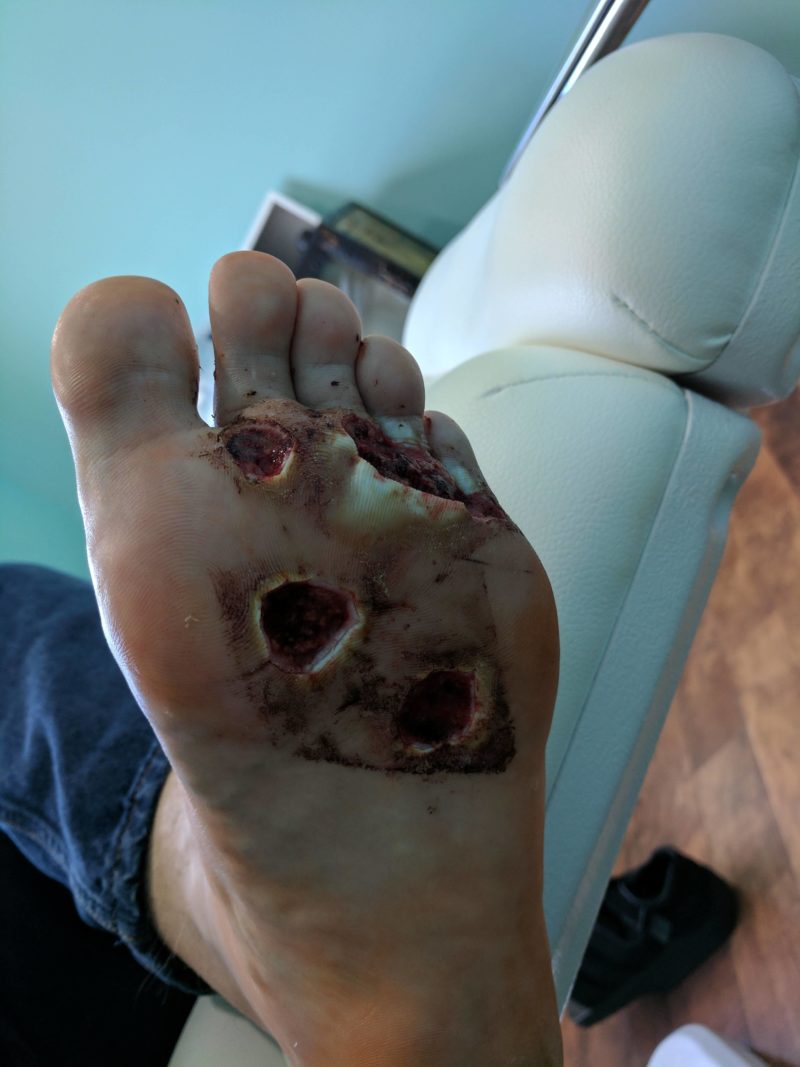 What ended up curing his foot? Surgery and skin grafts. And the culprit was that public shower he took, barefoot.

“It will most likely be another month before I’m able to walk properly and start really getting back into the swing of things,” he said. “Do yourself a favor, wear shoes in any public area where there is water. This virus thrives in those areas. The scary thing is, the virus can live for over two years on the surfaces as well. Take care of your feet so they can take care of you.”