For most people, paper clips are an insignificant expense. You can pick up a giant box for just a few dollars at virtually any office supplies store. But what if you’re filthy rich and just want to throw money away for no reason whatsoever? Then designer paper clips are the product for you[1]! 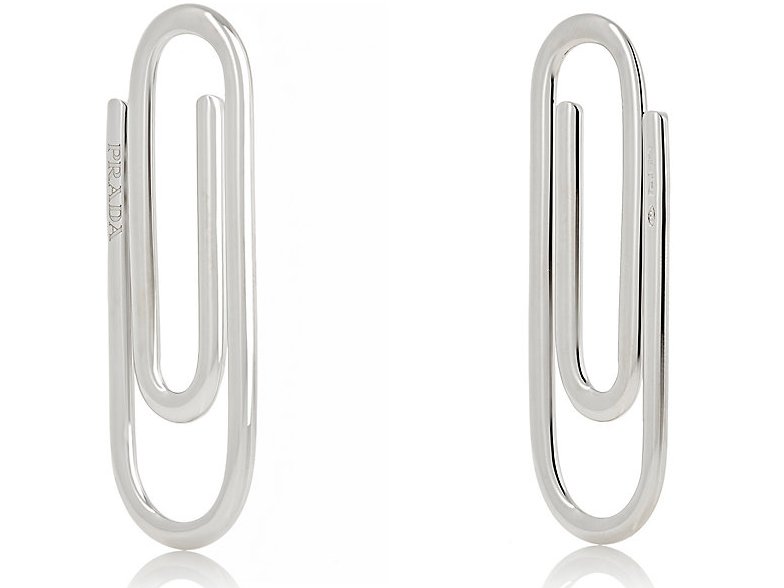 Designer brand Prada has come up with a giant, engraved paper clip that sells for a whopping $185. It’s meant to be used as a money clip, but that didn’t stop Twitter users from mercilessly mocking the product.

$185 for a paperclip? This thing better be able to hold my life together.. pic.twitter.com/dcyza3bPTQ[5]

By the time I buy the paperclip, there won't be enough for it to hold ????

Prada Paperclip for 185$. I bet it can hold a lot of paper pic.twitter.com/CzBRYUo5aK[12]

Good to see the homie from Microsoft word making it bighttps://t.co/rhkERKiYuU[14]

The money clip measures in at just 6.25 centimeters long and 2.25 centimeters wide. But fear not, budget seekers: there are two other versions that can be bought for the bargain basement price of just $150 instead! And “Prada” is engraved on the side of the paper clip-shaped money clip, so you can make sure to show off the designer label whenever you take out your money.

Still, this may not be the most worthless overpriced item to ever be placed for sale. Retailer Nordstrom was heavily criticized after they tried to sell a rock wrapped in leather for $85. And the makers of “Cards Against Humanity” sold tens of thousands of boxes of literal poop — nothing but feces in a box — for almost $200,000.

Would you spend almost $200 on this money clip?