Teenagers have always been willing to do stupid stuff, but now they have the internet creating idiotic new “challenges” for them to try. And one teenager is speaking out after that challenge almost killed him. 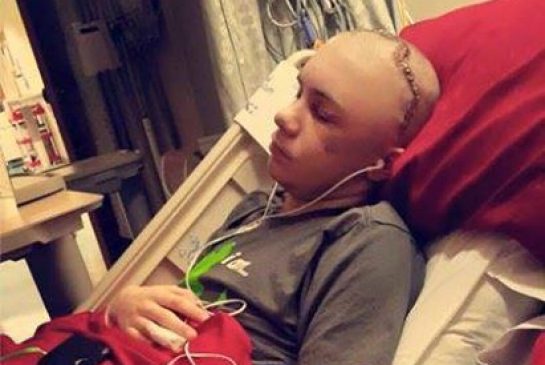 In Washington State, a teenage boy received life-threatening injuries trying to pull off what anyone can find on YouTube. He now wants other kids to learn from his mistake.

Skylar Fish has had a lot of time to think as a nurse removes 48 staples from his head. Though he’s in some pain, he’s not complaining. “I’m just actually really lucky to be even alive,” Fish said.

Pictures show how seriously the 14-year-old was injured doing what’s known as the duct-tape challenge. A quick search on YouTube, and several videos pop up. The goal is to break free from the duct tape. “When I think about it, it seems like I was hit by a car,” Fish said.

Fish doesn’t remember much from that day. He and two buddies had gone on a Saturday to Renton Academy where they had duct taped his arms and legs.

“When he fell, he hit the corner of the window frame. It crushed his whole eye socket. When his eye socket was crushed, it pinched off nerves in his eye,” said Sarah Fish, his mother.

Fish doesn’t know if he’ll ever get his vision back in that eye. His head also slammed into the concrete, causing a brain aneurysm.

Who comes up with this stuff, and why would anyone think it was a good idea? This seems to be yet another piece of evidence proving that parents need to be very careful about what their teenagers are seeing on the internet.