Parenting can be difficult, especially because it can mean changing one’s entire lifestyle — no more drinking or partying when you have a child to take care of. But this dad evidently didn’t get the message, as he thought that getting drunk and abandoning his three-year-old in a Subway was a brilliant idea. 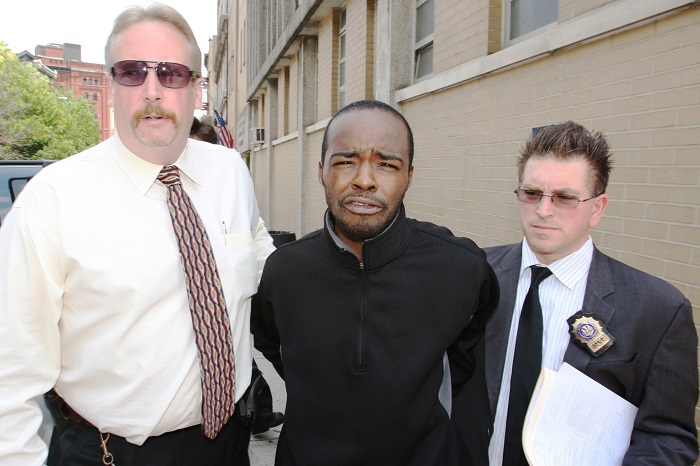 A three-year-old girl was abandoned at a Subway after her drunk father bought her a foot-long sandwich and left, police have said.

Stanley Fredrique, 34, of Elmont in Long Island, took Natalie to the fast-food chain in Harlem, New York, just before midnight on Saturday, and told her to sit at a table and wait for him to come back – but he never did.

Surveillance footage obtained by CBS 2 shows the pair happily walking hand-in-hand along the sidewalk together before walking into the restaurant.

But when he purchased the meal inside, he told the girl to stay put as he walked out.

The child ran behind him shouting ‘daddy, daddy’, so he promised he would return.

A concerned employee then took the girl, who was sitting waiting for her father at a table, to a nearby police station after realizing Fredrique was not coming back.

Fredrique told police he had forgotten her and tried to report her missing the next day.

The New York Daily News captured him in tears as he was arrested in the same shirt he wore to the restaurant the night before.

As he was taken into custody, he protested his arrest to PIX 11, screaming: ‘You guys not in my shoes, you guys don’t have no idea what’s going on.’

He insisted he did not leave his daughter and blamed his actions on being ‘sick’.
Natalie returned home to her mother on Sunday.

Subway worker Dipongkar Mandol told the Daily News: ‘When he was ordering the sandwich he feel very nervous.

‘I think maybe something is wrong with this guy.’

The Subway worker added: ‘I’m like, maybe he go outside for something else.

‘Maybe he’ll be back and pick her up. But no, he didn’t come the whole night.’

This is a man that clearly shouldn’t be in charge of the welfare of another human being. Hopefully, the little girl in question has at least one stable parent in her mother.