What would you risk to save a child’s life? A New York EMT didn’t hesitate to act when he found out that a girl was choking, but it may have cost him his job. 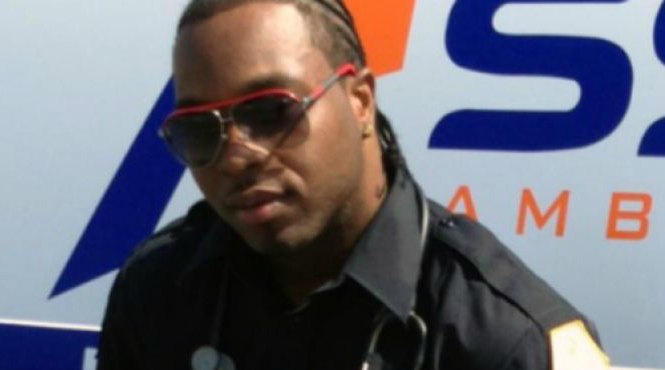 A private New York EMT says he was suspended without pay for stopping his ambulance to help a 7-year-old girl who was choking on food she’d eaten at school in Brooklyn last week.

Reid, who works for a private ambulance company called Assist Ambulance, was reportedly flagged down by a frantic man at a red light while on his route with another patient last week. The little girl had choked on her lunch at school, and was blue and unresponsive — no one else at the school was rendering first-aid. According to the NY Post, Reid believes she’d been choking for about five minutes, and said no one at the school was helping, despite the fact that people were “screaming.”

When Reid, who has been driving ambulances for four years, stopped to help her, he knew the child’s emergency took priority over the nursing-home patient in his vehicle. The patient in his ambulance was never left alone; Reid’s partner was still on board.

Although Reid did everything he could to help the young girl, she is currently on life support. At this point, NY 1 says the child, identified as Noelia Echavarria, is brain-dead, but her family is hoping for a miracle.

The ambulance company said the reason for Reid’s suspension is because he violated policies about EMTs not leaving their patients.

For his part, Reid told FoxNews.com. “I don’t regret it. I’d do it again. If I know there’s a child choking, I’m going to do my best to help her.”

The policy is in place for a reason, and he did violate that policy. But at the same time, the patient in his ambulance wasn’t left alone, and Reed was responding to a bigger emergency — a young girl whose life was at stake. It seems senseless to suspend him for doing the right thing.