Usually, a little tickle in the nose doesn’t mean anything. But for this guy, it meant something horrifying. Believed to have been filmed in Australia, what the doctor pulled out of this man’s nose[1] left him screaming. 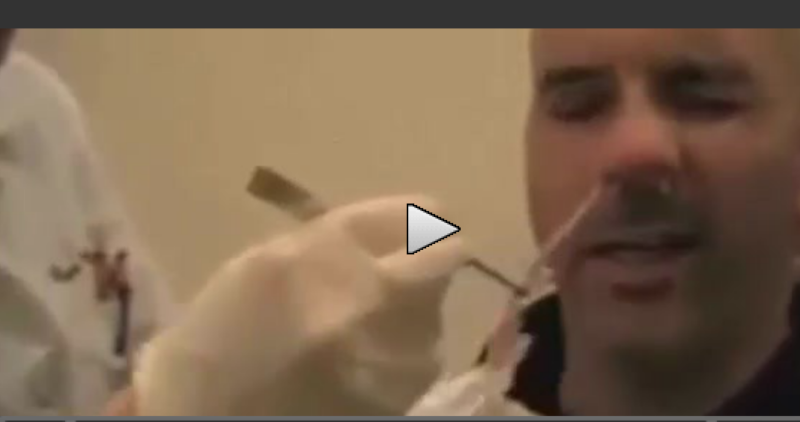 The man went to the doctor for an odd sensation in his nose. Without using any anesthesia, the doctor began looking around inside his nose with tweezers, trying to find out what was causing the feeling.

It didn’t take them long to find the source: a massive tapeworm. And while looking around in his nose was uncomfortable enough, pulling the five-foot-long tapeworm out was so painful, that he couldn’t help but cry out:

So how did he get a tapeworm in his nose to begin with?

Well, tapeworms can be caught by eating undercooked beef or pork. Once you have it, the tapeworm can grow to insane lengths, as this man unfortunately found out. Prevention can be easy, though; as Medline Plus explains, you only have to make sure your meat is cooked for long enough. “Cook whole cut meat to 145°F (63°C) and ground meat to 160°F (71°C),” they recommend. Use a food thermometer to make sure that the meat has reached the proper temperature and you’ll be safe.