There are plenty of restaurants that boast secret recipes, some of which are more fiercely guarded than others. Any employees who may know the recipe are trusted to never reveal the ingredients — but all bets are off once someone has been fired. One chicken chain found themselves in hot water after a fired employee leaked their secret recipe on social media[1]. 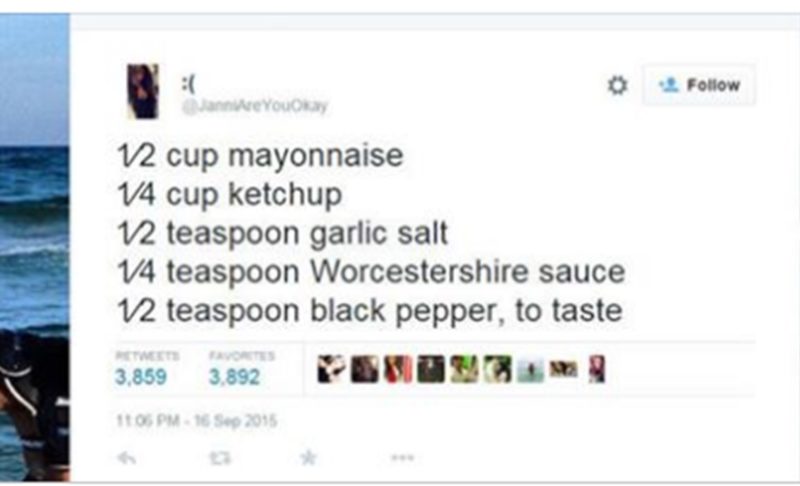 Raising Cane’s Chicken Fingers is a fast food restaurant chain and serves a special sauce with all of their orders. The recipe for the sauce is said to be confidential, but when one of their employees was fired, they wanted payback.

She then followed that up with a picture of the secret sauce:

And the supposed recipe for their Texas toast, too:

It took only days for the restaurant to respond, tweeting, “Did you know that only our Restaurant General Managers are told the secrets of our Cane’s Sauce? Now you know!” Managers weighed in to say that the recipe is an oral tradition only, passed down from manager to manager, and is never actually written down.

But while the chain claimed that the recipe wasn’t accurate, other Twitter users chimed in to report that they had tried the recipe — and that it was a successful copycat. Eventually, the so-called fired employee admitted on Twitter that she had never worked at Cane’s, but people still think she was able to get the recipe right somehow.

Do you think the recipe is legit?