Game Show Viewers Lost Their Minds with a Contestant, and It Isn’t Hard to See Why

People tend to get really invested in game shows and reality TV. So when one game show contestant betrayed her partner, viewers really lost their minds. 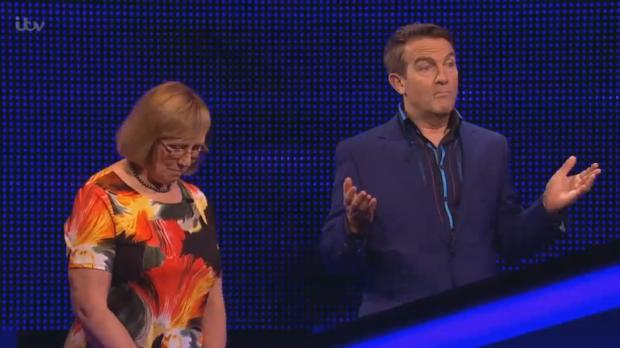 The Chase amasses a regular audience of three to five million and is one of UK TV channel ITV’s most popular daytime shows – and clearly a high proportion of those are taking the show a little too seriously. A contestant called Elaine made the decision to take £7,000 from her fellow teammate Nigel, after he’d just valiantly won £33,000 for their team. She was given the choice between three amounts, with the higher totals resulting in more difficult questions.

Poor Nigel had the misplaced belief that Elaine, a 62-year-old sewing machine retailer from Preston, could handle the big guns: “I do think you’ve got the ability to do the £67,000. £6,000 is great but you must do what you want for yourself, I want you back here.” If Elaine had gone for the higher option, she would have had the chance to win a record breaking £67,000 for the team. Instead, she opted to take money from the pot, bringing Nigel’s total down to £26,000.

Elaine was subjected to a torrent of online abuse after the selfish move, with Twitter users branding her a “disgrace” and saying they’d “punch her”.

… Elaine and Nigel eventually went on to beat The Chaser, but the total was left a substantial £7,000 lower than it could have been.

Well, that really is unfortunate for Nigel. But for all these viewers who are so incensed over her “selfish” move, are they really willing to say they wouldn’t do the same thing in her position?