‘Goat rapist’ On Prowl, According To Florida Woman Saying THREE Of Her Animals Have Been Attacked

Sharon Cruz-Pecina[1] is convinced that someone is trespassing on her property and sexually assaulting her animals. 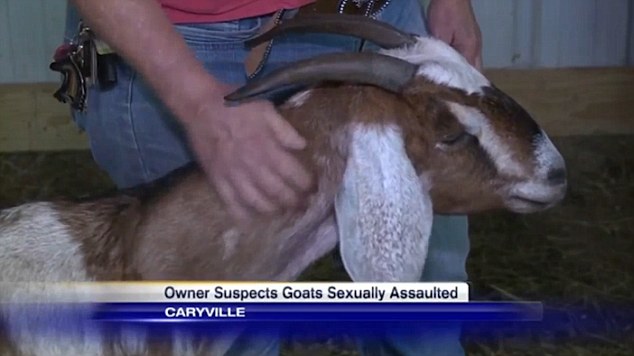 A woman from Florida claims an ‘elusive goat rapist’ is repeatedly assaulting her animals.

Sharon Cruz-Pecina has called on police to arrest the person she is convinced is trespassing on her property and having sex with her three pets.

She thinks the animals have been attacked since last summer.

Sharon, from Caryville, Florida, told local TV news station WJHG: ‘He’s been attacking them and raping them. I’m not jumping to conclusions.’

She bought the goats five years ago because her husband is lactose intolerant but is not affected by goat milk.

In April last year she was housing her goats about a mile away from her home when a man was spotted and identified lingering in the area.

The man was charged in 2014 with engaging in sexual activity with an animal, Sharon added.

‘There is numerous people within the mile, two miles of this guy’s home who’ve had problems of him attacking their goats,’ she said to the news channel.

She also has photographic evidence the goats have been assaulted.

‘I have had the officers out here a few times. I didn’t call again because I don’t think they are taking me seriously,’ she explained.

What a time to be alive.