Grizzly Bear Breaks Into Home And Plays The Piano [VIDEO]

Being a bear is hard. There has been a drastic decline in people carrying around pic-a-nic baskets and have YOU tried finding a pot of Hunny lately? One bear in Colorado had had it with trying to hunt for his own food, so he decided to… “appropriate” food from a different source.

When a family returned home, they found their kitchen absolutely trashed. Thinking a burglar had done the damage, they decided to watch the footage from the security cameras around the house.

Boy were they in for quite the surprise. 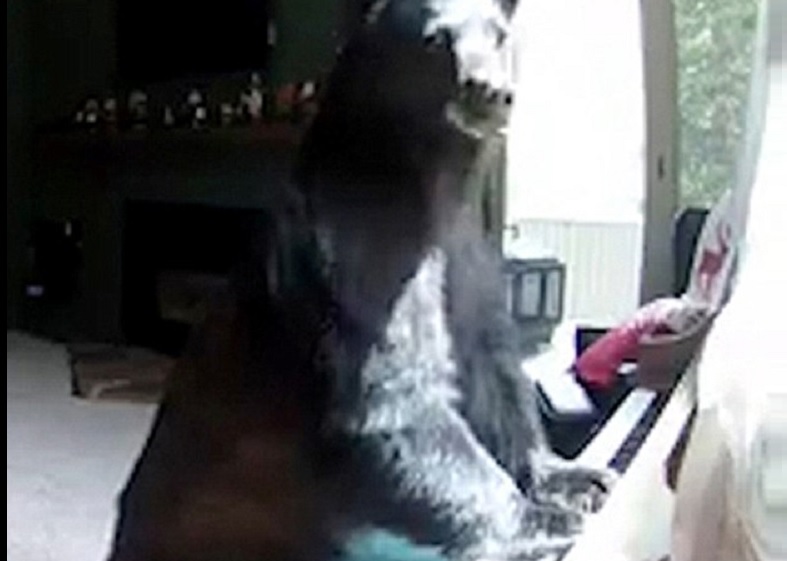 The bear, while roaming the house in search of snacks, came across the family piano. Apparently he has an affinity for music, because he took the time to tickle the ivories before the family got back. It was all caught on CCTV.

Of course there’s really no way to hold the bear accountable for the damage that was done to the house, if any. You do have to wonder how much “bear-proofing” is for a house, because I don’t think he wandered too far from his home in search of some Pringles and Mtn Dew.

Before anyone screeches about how “this isn’t news” or whatever, let me explain something. As someone who lives her life immersed in the news of the world, it’s nice to take a quick break every now and then and read something funny. It’s either that, or read bad news until I’m a babbling mess and need to be committed. Don’t forget that there are other things happening in the world at the same time. It’s okay to indulge in some less-than-serious activities. Don’t forget to enjoy life, because this is the only one you have.

Now watch the video of a bear playing the piano and laugh. The weekly news cycle begins tomorrow.