The institution of marriage has, arguably, come under attack and been degraded in recent years. With an “anything goes” attitude prevalent in society, it’s no surprise that things have begun to break down. A perfect example is an insane story out of Texas, with a marriage love triangle[1] at its center. 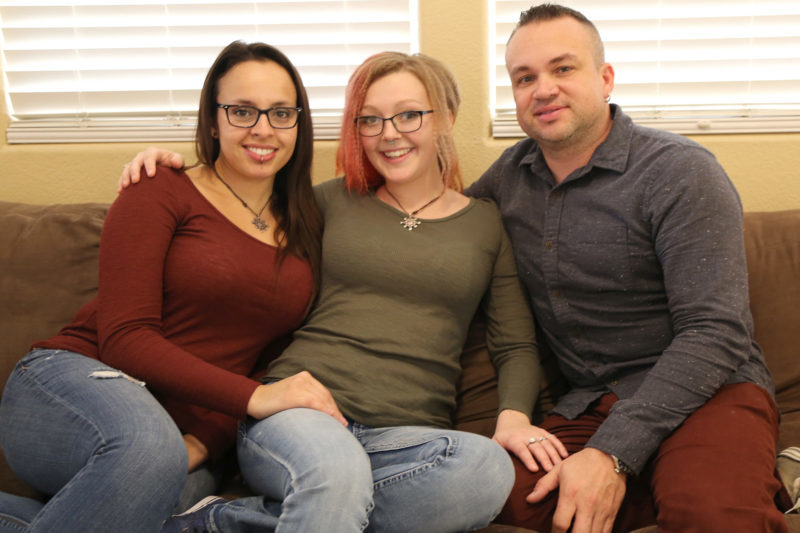 Cristina and Benno Kaiser met when both were serving in the military and four months later, they got married. They had three children together: Isaiah, Rebecca and Brianna. Cristina, however, is bisexual and she wanted more. And so she thought it could be time to have an open marriage.

“Initially, it was my idea to open the marriage,” she explained. “I brought it to Benno’s attention and told him I would like to introduce women to our relationship to see where it goes.” So, they found Sierra Kuntz. The couple went on a few dates with her and she was willing to enter the marriage. “Three kids, a great relationship and adding Sierra into our lives has just made it a hundred times better, I feel like I’m complete,” Cristina said.

Sierra was unsure about the proposal at first. “At first I was very hesitant about getting involved with a married couple,” she admitted. “I was worried that I would be disposable and that this was a phase they were going through. But when I spent time with them I realized what they wanted and feel this was a situation I could work with, so I jumped on board.”

Eventually, Sierra moved into the couple’s home. And according to Benno, it’s working out pretty well. “My feelings for the both are equal. I love them both without question,” he said. “They are both very much part of my life and I couldn’t imagine living my life without either of them. We share a bed together, we share everything together, so since we met Sierra we have not had a night that we don’t all involve each other in some sort of sexual activity.”

Today, Sierra is the caregiver for the three children, while Cristina and Benno work full-time. And she believes that she is as much the children’s mother as Cristina is. “I absolutely feel like their mum,” she insisted. “I hope now, they love me, they call me ‘mommy Sierra’ and I love them just as much. I’m not jealous that the children are not biologically related to me at all. Just because I didn’t birth them doesn’t mean I can’t love them and they can’t love me. That doesn’t hinder my love at all for them.”

And now, Benno and Cristina are taking a drastic step: they have decided to get divorced. The two of them will stay together, but once the divorce is finalized, then Sierra will be married to one of them instead. “It was Benno and Christina’s idea for the divorce but it won’t change anything, it’s just who is going to be legally married to who,” Sierra said. “They decided that would be the best way to make sure that I didn’t feel disposable. It wasn’t my idea but I really don’t care whom I’m married to – I love them both.”

In John Hawkins’ new book, ‘101 Things All Young Adults Should Know’, he teaches in chapter 51 of the book to prepare in case it all goes wrong.

All three members of this relationship should take that advice to heart. Things may look like they’re going well now, but if and when it all goes south, will they be ready?