It’s generally considered common sense to be careful about where you get a tattoo. Anywhere that the tattoo can be easily seen could infringe upon your ability to get a job and this is especially true for face tattoos. But people still get tattoos on their face, with the most recent example being a father who got one after a drunken night in jail[1]. 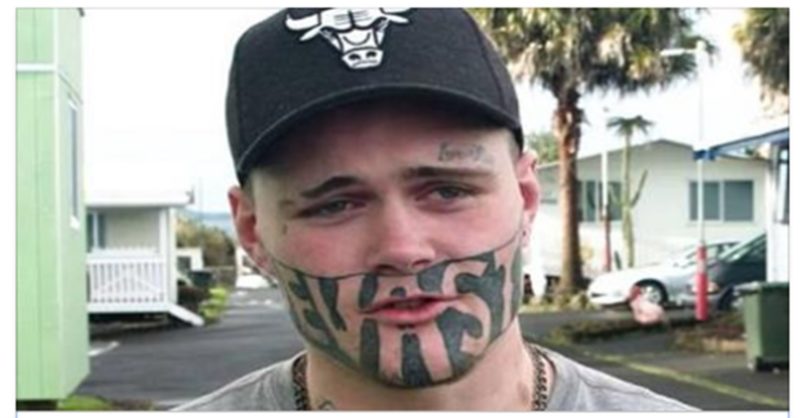 19 year-old Mark Cropp of New Zealand got “DEVAST8” tattooed on his jaw after he was drunk in prison. He had been placed in jail after committing several violent crimes and wanted a tattoo to make him look tough. Originally, it was just supposed to be a small one, but the other inmates got drunk on fermented apples, sugar and bread that they had brewed in jail and it turned into a much larger tattoo.

“I went into jail with four tattoos and I came out with a full body suit,” he said. “A week before I got out I taped a picture of my face to the inside of an envelope so my partner could see it — she was devastated – but now she likes it and can’t see me without it.” He also explained that the tattoo was born out of a nickname for him.

“You know there was a long time there where I would devastate everything I touched,” he said. “I would end up devastating everyone I met or got close to. They would be disappointed with something I had done or said — I was always hearing, ‘That’s devastating’.” But then pictures surfaced of Cropp pre-tattoo, shocking everyone: 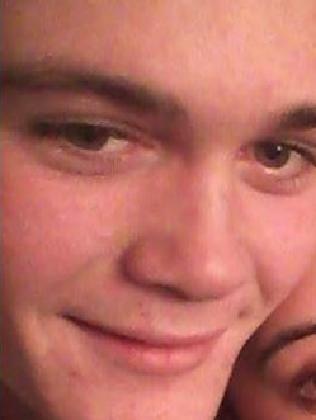 The new face tattoo has, unsurprisingly, hampered his ability to get a job, which led Cropp to plead for employment on social media. But despite receiving tons of job offers, Cropp is still unemployed. He said he’s still “done a day’s work.”

“I am just waiting for the right one to come about,” he said. “Until I get my first paycheck and get a car I won’t be able to get myself around.” And perhaps he’s learned his lesson — he now says he plans to get the tattoo removed. “I am just working out a date to get it taken off — which sucks because it is going to hurt,” Cropp said. “And because, you know, this tattoo means something to me and my brother did it for me so it is hard to make the decision to get rid of it. But I know it is the best thing for my future — and I want to be a person my family can look to for support.”