A college student has been caught on camera as she allegedly tried to poison her two roommates. This is the kind of Fatal Attraction bunny killer you gents should be looking out for in the future. The victims were smart enough to set up a hidden camera on this psycho gal. So glad she is being charges for this crime: 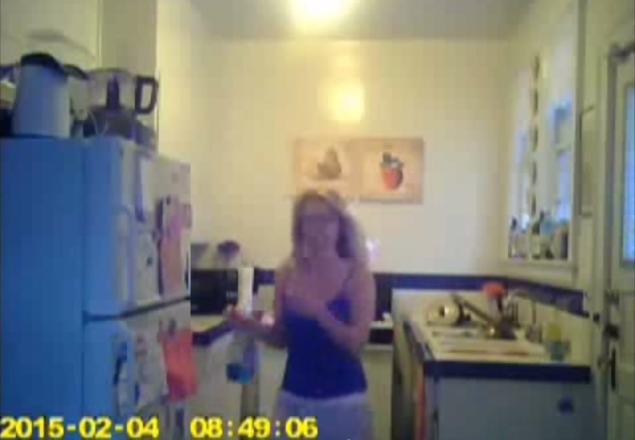 Hayley King, a 22-year-old University of South Carolina student was arrested in February after her roommates set up a hidden camera that seemed to record the young woman as she first spat into their food and then later sprayed it with window cleaner.

The other two girls say the three had been fighting for weeks.

They became concerned about what King might be doing when they were out of the house and set up the camera, which appears to catch King in the kitchen for 10 minutes early one morning in February as she takes out contained of food, spits into them, and then places their back in the refrigerator.

She then comes back and sprays more of the food with window cleaner, again placing back in the refrigerator.

King has now been charged with unlawful, malicious tampering with human drug product which is punishable by up to 20 years in prison.

One roommate said in the police report; ‘The aftermath … caused me to fall behind in my classes.
‘I was forced to switch out of one of my courses because I was so distracted with everything going on.

‘This not only affected me physically, having to deal with the repercussions of the incident, but also mentally from the anxiety that came along with it.’

They also allege that one of King’s friends sent them a threatening text message after the incident as the young woman was moving out of their house.

This reportedly read; ‘While Hayley is moving out don’t [expletive] with her. Y’all have been [expletive] taunting her since the semester started.

If she tells me you’re [expletive] with her I will personally come and check you. You too old to try to be bullying some damn body. Grow the [expletive] up.’
King is currently free on $5,000 bail.

Wow. I hope the judge orders a psych eval along with a heavy dose of punitive reparations for the roomies that had to share space with this crazy gal. Good luck finding a husband or a boyfriend after he finds out what kind of crazy you really are with a few mouse clicks.