One man, Mark Faville, apparently couldn’t live with the consequences of his horrible actions and moments after being found guilty of murdering his late wife, took his own life[1]. It is not yet known what item Faville used, as the deputies escorting him do not carry guns. 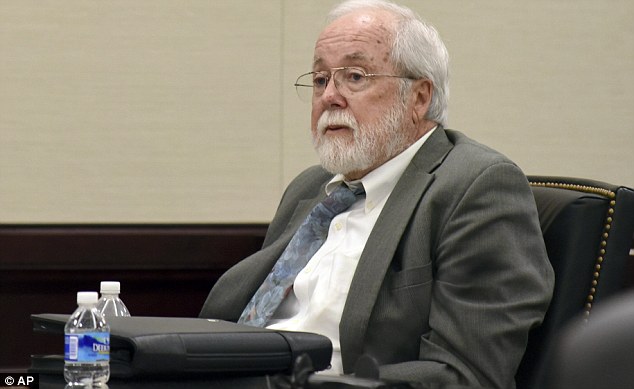 A man took his own life shortly after he was convicted of killing his wife in court on Friday.

Mark Ward Faville, of Christiansburg, Virginia, was found guilty of voluntary manslaughter in the death of his wife Anne, who died in 2000 after being suffocated in a homicidal manner.

Faville had reported at the time she had choked on a piece of chicken, something that was supported by an initial autopsy.

After the verdict was, read, Faville was taken away, and it was then he took his own life in the courthouse.

The Roanoke Times reports that a sheriff’s deputy who was taking the man to a holding room could be heard screaming ‘drop it, drop it,’ and that the court was soon put on lockdown until 5pm.

Faville was later found dead of a self-inflicted wound, though it is not known what kind of weapon he may have used to kill himself.

Deputies do not carry guns when transporting individuals in the courthouse so that they cannot try to grab them.

What’s more, everyone must pass through security and an x-ray machine to get into the courthouse.

Police are investigating the incident.

The jury of 10 men and two women took just a few hours to come back with a conviction in the case after hearing closing arguments Friday morning.

The couple’s two daughters both testified for the prosecution.

His wife was a local teacher, and in the months after her death both daughters noted odd behaviors from their father.

They also claim he had grown suspicious of his wife, and had even begun following her when she went out on errands.

Immediate family members and friends cried as the verdict was read, almost all of whom believe Faville was guilty.

I find it quite difficult to express any sadness except for the family of the dead wife. I feel like it will make me a bad person to say this, but at least he won’t be a drain on the Virginian tax-payers. If you can’t do the time, don’t do the crime.
Endnotes: