INSANE! Doctors Find 18 Odd Items In Patients Stomach – You’ll Have To See It To Believe It!

I’ve seen a lot of bizarre things, but this may very well be the weirdest video I’ve ever watched. You just can’t do this on accident! 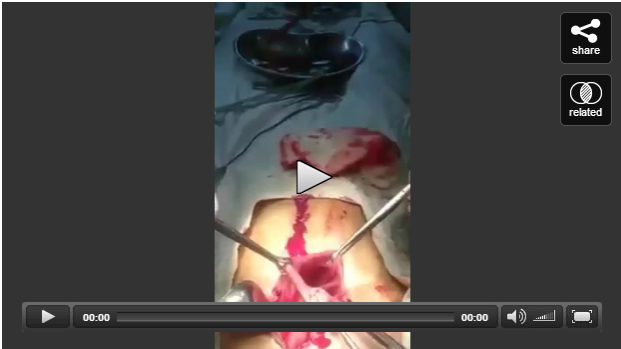 Quite the bizarre video has surfaced after a surgical crew recorded the operation of a patient. However, it’s not the surgery that has people stunned, but the eighteen odd items they removed from their patient’s stomach that you have to see to believe.

The video was originally uploaded to LiveLeak[2] by Kuwait-based user “maherkw.” Although the graphic video is only three-minutes long, what’s captured on it will leave you astonished. It should not be viewed by the squeamish.

The clip begins by showing the unidentified patient, who has already been put under general anesthesia. The surgeon is working to pull out the foreign objects as his team of professionals are assisting by holding tongs and suction tubing. There is an incision clearly seen on the patient’s stomach with a clamp offering more room for the surgeon to work.

[VIDEO DISCRETION IS ADVISED] Watch the video below:

That is DEFINITELY indicative of some sort of mental problem.