What would you do if you found a drone hovering over your daughter while she sunbathed in your backyard? One homeowner took action and shot the drone down — and he’s in trouble for it. 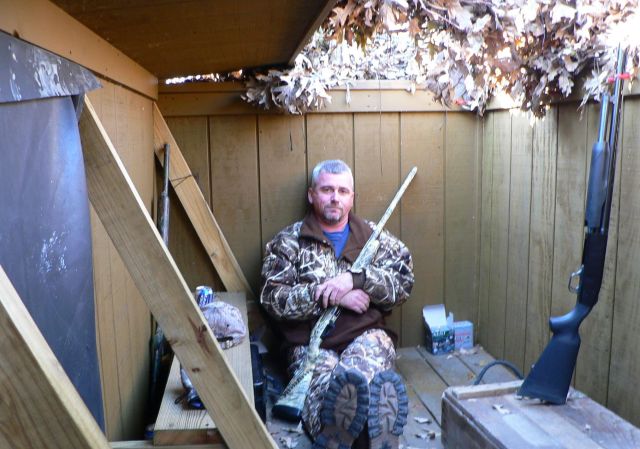 “My daughter comes in and says, ‘Dad, there’s a drone out here flying,’ ” William H. Merideth, 47, told a local Fox News affiliate reported Tuesday. The Bullitt County father shot at the drone, which crashed in a field near his yard Sunday night.

The owner of the drone claims he was only trying to take pictures of a friend’s house, the station reported.

“I went and got my shotgun and I said, ‘I’m not going to do anything unless it’s directly over my property,’ ” Mr. Merideth said, noting that the drone briefly disappeared when his daughter waved it off. “Within a minute or so, here it came. It was hovering over top of my property, and I shot it out of the sky. I didn’t shoot across the road, I didn’t shoot across my neighbor’s fences, I shot directly into the air.”

Mr. Merideth said four men tried to confront him after the drone was shot out of the sky, but then changed their minds when they saw his personal firearms.

“I had my 40 mm [sic] Glock on me and they started toward me and I told them, ‘If you cross my sidewalk, there’s gonna be another shooting,’ ” Mr. Merideth told the station.

“There were some words exchanged there about my weapon, and I was open carry — it was completely legal,” he said, the station reported. “Long story short, after that, they took me to jail for wanton endangerment first degree and criminal mischief … because I fired the shotgun into the air.”

Mr. Merideth said he is looking into what legal action he could take in response to the incident. He said he only fired his weapon because it was hovering over his home.

“Our rights are being trampled daily,” he said, the station reported. “Not on a local level only — but on a state and federal level. We need to have some laws in place to handle these kind of things.”

This man damaged someone’s property, but unless he can prove that this drone was viewing his daughter, he may not have any recourse. He makes a good point though — do our laws need to be updated in order to reflect drones becoming available to the public?