Frog salad may become the newest delicacy, if Woolworths has anything to do with it. For the second time, a customer has found a frog in one of their salads — only this time, the frog was still alive! 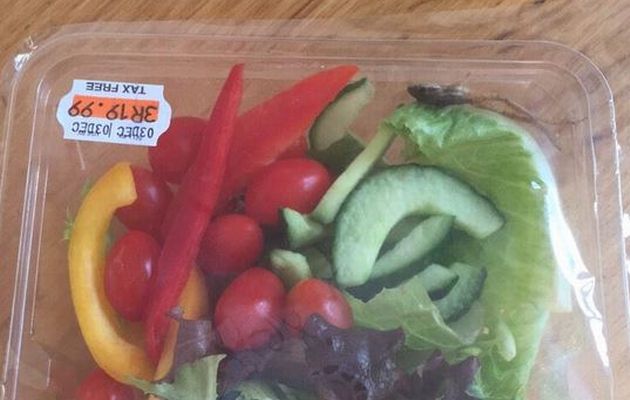 Another frog has been found in a Woolworths salad according to a tweet – but this one hadn’t croaked.

Woolworths has responded to the Tweet, saying they are investigating the matter.

This is the second time that a Woolworths salad has hit the news for having an extra amphibian ingredient.

After the first frog was found the chain explained that it may have gotten there as a side effect of its policies regarding pesticides and sustainable farming.

“We do use pesticides sparingly, to ensure to that our fresh produce is grown in a healthy environment, that also preserves biodiversity.

“A healthy farm attracts insects, frogs, birds… and it may well be that the frog slipped through our extensive quality checks undetected”.

Their quality checks clearly aren’t that extensive if frogs keep slipping through over and over again. Maybe they should consider amping up those checks for quality, since apparently, they’re not working out too well right now.