Film critics bash patriotic movies like ‘American Sniper’, but apparently movies about bestiality are edgy and fascinating. Malcolm Brenner, who had a year-long “love affair” with a dolphin named Dolly, was featured in a documentary which premiered at the Slamdance Film Festival, in which he talks about how he began having sex with the animal. 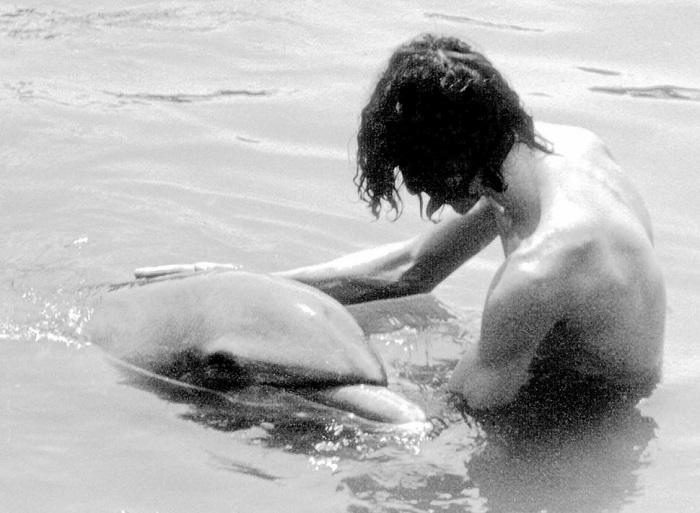 Malcolm Brenner, 63, claims that he fell for Dolly, a bottlenose dolphin who lived at the now-defunct Floridaland theme park in Sarasota, after her amorous advances.

Brenner told the story of their year-long affair relationship again in Dolphin Love, a new film which premiered last week at the Slamdance Film Festival in Park City, Utah.

Slamdance, which takes place at the same time as the more famous Sundance film festival, is seen as its edgier alternative and hosts more niche films.

In the fifteen-minute video, Brenner tells the cameras: ‘I started rubbing her along her back, working my way to her flukes – her tail.

‘And as I was rubbing her and moving my hand towards her tail, Dolly was slowly rolling around her long axis.’

According to Fusion, Brenner went on to describe the sex in even more detail, while an ‘animated interpretation’ of the encounter was played.

In previous interviews about this encounter, which he also turned into a novel called Wet Goddess, Brenner has claimed the relationship was consensual. The relationship reportedly lasted a year.

… Brenner’s acts would be illegal today. But Florida only enacted a law banning bestiality in 2011, so the encounter he described in 1971 would not be covered.

Why a man who has sex with animals would be a good subject for a documentary is hard to imagine, especially considering that this man is clearly mentally ill. But then, this is Hollywood for you — depravity is what they love.